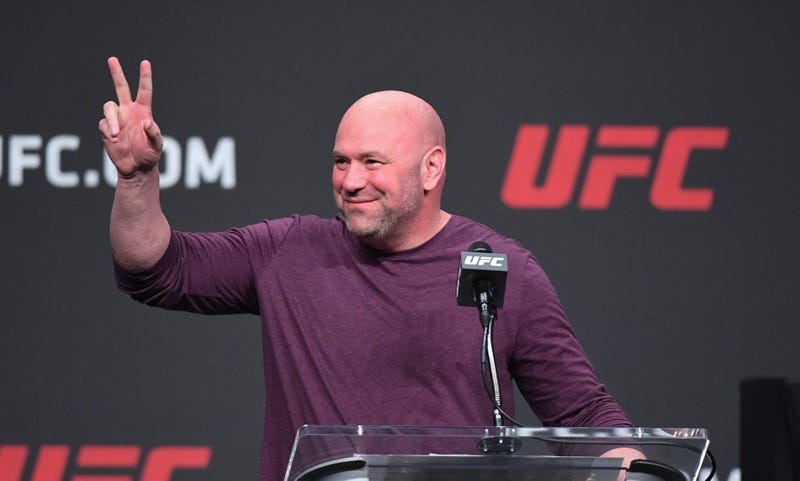 Jones and Masvidal, in particular, have taken White to task for what they consider unfair compensation.

“It’s part of the business,” White said on The Zach Gelb Show. “It’s something that I’ve dealt with since day one and I’ll deal with until the day I leave. It’s never going to change. . . . They both just signed new deals. It’s not like the Scottie Pippen deal that we just watched in The Last Dance, where [he] was in this eight-year deal, went on and won all these championships, and played out his entire deal and never got renegotiated. These guys just signed brand-new deals that they were happy to sign.”

White, it is worth noting, has no problem with those fighters disclosing their income.

“Every one of these fighters has the ability to come out and say what they make,” White said. “Have you ever heard Jon Jones say what he’s made in his last three fights? No. He has the ability to do that. None of them do. Do you know why? Because they don’t want any of you to know what they’re making. I’ve said this a million times on every radio and TV show I’ve ever done. I’ve said this for the last 15 years: they can absolutely come out and tell you what they make.”

Jones, of course, has had a number of issues – legal and otherwise – in and out of the octagon. Nevertheless, White has stuck with him throughout.

Given Jones’ history, it has to be frustrating for him to complain about money, no?

“Jon Jones would have made no money if he was in another sport because he would have been released,” White said. “There’s no frustration with him. I truly believe he’s the GOAT. He’s the greatest of all time. And what makes it even more fascinating is if you look at the stuff that he’s done to himself out of the octagon – and [he] still remains undefeated. For people who don’t know, he’s got one loss; he did not lose that fight. . . . The referee made a bad decision. Jon Jones is really undefeated. It’s really incredible what the guy has done. He’s an unbelievably gifted athlete. But the setbacks that he’s had in his career financially have been by him, not me. At one point in his career, he had Nike and Gatorade on his shorts. Who knows what could have been for Jon Jones?”

McGregor, meanwhile, recently announced his retirement from combat sports for the third time. Fans may want to take that with a grain of salt.

“What everybody needs to understand in this business is I deal with 630 alpha males and females,” White said. “So trying to make everybody happy when you have 600-something alphas – male and female – it is an impossible task to make everybody happy. We do the best that we can. The last thing I want is 630 pissed off fighters. How does that do me any good? It does me no good. At the end of the day, I have to run a business and deal with lots of different personalities, egos – whatever it might be – and try to make the best fights I can possibly make for the fans.”

What about Jones and Masvidal?