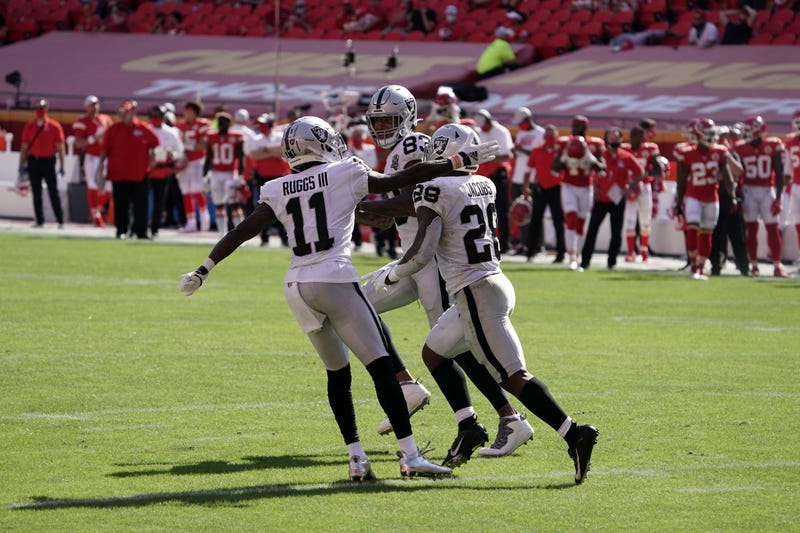 On Oct. 11, the Las Vegas Raiders beat the Kansas City Chiefs, 40-32, at Arrowhead Stadium. We didn’t know it at the time – after all, it was only Week 5 – but that was the only time Patrick Mahomes lost a game this season.

The Chiefs lost in Week 17 to the Los Angeles Chargers, but Kansas City rested Mahomes and several other key starters that day.

So, how did the Raiders beat the Chiefs in Week 5?

“Offensively for us in that game, they like to take chances with the bracket coverage where they’ll jump people and leave the middle of the field open,” Raiders tight end Darren Waller said on Tiki & Tierney. “There were a lot of deep post routes that were open that game, so you got to take your shot. Maybe a 3rd-and-1, 3rd-and-2 where you’d be super conservative, take a shot. Because they’re being very aggressive with their coverage, you can take advantage of that. That’s where those big plays came from.”

At the same time, Waller said it’s important to run the ball consistently.

“I feel like these last two years, Kansas City’s defense has gotten better as the season goes along and they play better in the playoffs,” he said. “But if you stick with the run, I feel like that’s a recipe for success and [then] take those shots in situations where they try to be aggressive with those coverages.”

If you think the Raiders’ Week 5 win was a fluke, well, think again. The Raiders almost beat the Chiefs again in Week 11. In fact, the Raiders led 31-28 in the final minute, but the magic of Mahomes took over.

Still, Waller believes the Bills have what it takes to upset Kansas City in the AFC Championship.