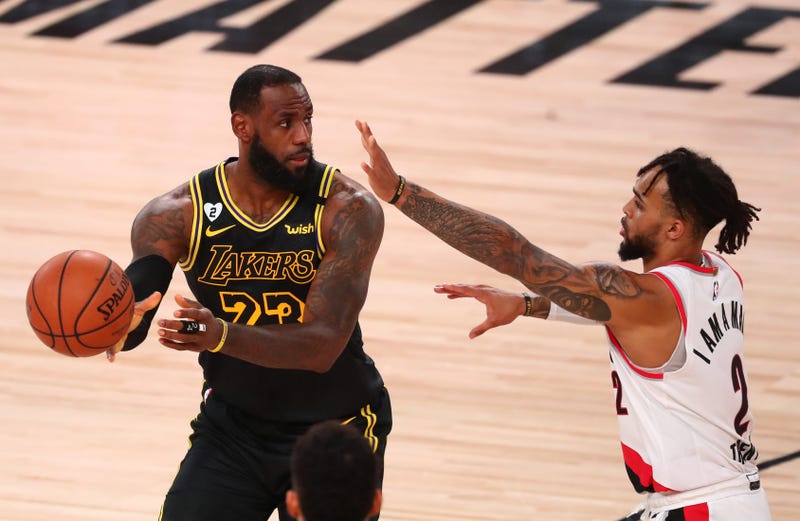 Right after a convincing Game 1 victory for the Los Angeles Lakers over the Denver Nuggets, the headline involving LeBron James wasn’t about him and his Lakers being three games away from the NBA Finals. It was about his feelings when it came to the 2020 MVP regular-season voting. When asked about the results, this was his response: “It pissed me off. That’s my true answer. It pissed me off because out of 101 votes, I got 16 first-place votes. That’s what pissed me off more than anything. Not saying the winner wasn’t deserving of the MVP, but that pissed me off.”

Well, there are three major reasons why LeBron is overreacting and why the voters got this right. 1- Giannis Anteteokounmpo had much better numbers LeBron led the NBA in assists per game, BUT he was seventh in Player Efficiency Rating (PER). He was not top-10 in scoring. He was not top-20 in rebounding. He was not voted to one of the All-NBA first or second Defensive Teams. Giannis, on the other hand, was fifth in scoring, second in rebounding and led all power forwards in assists per game. He easily had the highest Player Efficiency Rating in the NBA as well. On top of having better overall offensive numbers than LeBron, Giannis was BY FAR the better defender (hence being named the Defensive Player of the Year). Nineteen OTHER players had more votes for All-NBA Defensive first team than LeBron. When it comes to scoring, rebounding, assists, PER and defensive impact, the ONLY area where LeBron exceeded Giannis was in assists. Every other category, Giannis blew LeBron away. 2- The Bucks won more The Bucks led the NBA with the best overall record for the second straight season. In fact, the Lakers didn't even have the SECOND-best record in the NBA. That belonged to the Toronto Raptors. A Raptors team in which their BEST player (Pascal Siakam) never even made an All-Star game before this season. Even if you exclude LeBron, he has a teammate named Anthony Davis who has made three All-NBA first teams by the age of 25 and is still in his prime. 3- The aforementioned Anthony Davis (the most important reason) The biggest reason for LeBron receiving just 16 first-place MVP votes compared to Giannis' 85 first-place votes is Davis. He is one of the five best players in the world. He has already made four All-NBA first teams by the age of 27. The best player that Giannis has ever played with is Khris Middleton, who has never made ANY All-NBA team….first, second or third. He is 29, by the way. Look at Game 2 on Sunday night. It was Davis who had 22 second-half points (LeBron had 26 for the game). It was Davis who scored the Lakers last 10 points (five of those points coming in the final 26.7 seconds of the contest). It was Davis who had the Lakers’ first postseason buzzer beater in more than a decade. It is Davis who has made the biggest shot of the 2019-2020 season so far. Giannis has never had a teammate who can come close to doing what Davis did last night. Giannis doesn't have a teammate who can do what Davis has done in the first two games of this series, either. LeBron is averaging 21 PPG, 9 RPG and 8 APG in the Western Conference Finals so far. Davis is averaging 34 PPG, 10 RPG and 3 APG to this point. He has been the best player on the court in both Games 1 and 2. He is younger, bigger and at this very moment more athletic than LeBron. He is a better scorer, rebounder and overall defender. LeBron can do one thing better than AD at this point: facilitate the ball. LeBron is an incredible ambassador for the game of basketball. He’s one of the greatest players to lace them up. He is still very much THE face of the NBA, but he didn't deserve the regular-season MVP for three major reasons. Giannis has the better numbers, more wins, and – MOST importantly – doesn’t play with an all-world player like Anthony Davis. Deep down, LeBron is smart enough to know this and he would much rather have the Finals MVP than the regular-season MVP anyway. That said, it might be Davis who takes that MVP away from LeBron, too!