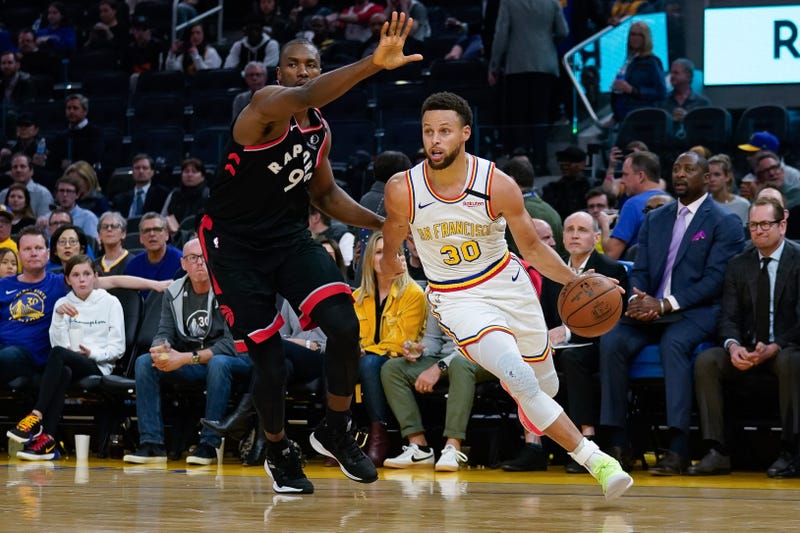 To be an all-time great shooter, it takes hours upon hours of practice. You practice having your feet shoulder-width apart and parallel to the rim. You develop the habit of having the ball in your shooting pocket. You have to arduously work on shooting off the dribble, shooting off a screen, and even being able to shoot off a pump-fake. Getting great at each type of shot takes 500-1000 shots daily. It takes extreme dedication. The three-point shot has been in the NBA for 40-plus years. Just four times has a player made more than 300 threes in one season. Three of those seasons belong to Steph Curry.

Curry has 470 career threes in the playoffs. Nobody else has more than 385. Curry also has made 121 threes in the NBA Finals. Nobody else has made more than 86. In the 2014-15 season, he won 100 of the 130 MVP first place votes. The very next season he became the first and only player to win EVERY SINGLE FIRST PLACE MVP VOTE. For good measure, he then signed the first $200 million dollar contract in NBA History. With so much going on in our country right now, why do any of these numbers matter?

When we as a country have such immense racial inequalities and a pandemic that is worse than any other pandemic we have ever seen in our lifetime, we need those with platforms to be unifiers. We yearn for these individuals that have such influence to be voices of reason and hope. This goes beyond social media posts or even speeches; it is all about action. Through those actions you raise both awareness and perspective to issues that go well beyond the sport in which you are one of the all-time greats. You lead and set the example for others.

Just recently, Curry joined a 3.4-mile march around Oakland’s Lake Merritt to protest the death of George Floyd on the watch of the Minneapolis police. Curry made it known that this was something he had to do. This was Curry’s message on his Instagram account, “Everybody play your role and be consistent with it. This is a real moment of change. Keep each other accountable. It is our duty to fight for our freedom. It is our duty to win. We must love and support each other”.

When the coronavirus hit this country hard, it was Curry who created a national dialogue on Instagram live with Dr. Anthony Fauci, the director of the National Institute of Allergy and Infectious Diseases. Dr. Fauci is arguably the face of combatting the coronavirus. This conversation was incredibly informative, and it was seen by millions, including former President Barack Obama, who caught it live. Curry and his wife, Ayesha Curry – through their Eat, Learn, Play Foundation – helped provide one million meals to Oakland students for the next few weeks. Curry felt he needed to do more.

Curry played a huge role in the Warriors creating a $1 million fund to help more than 1,000 Chase Center hourly employees whose jobs were obviously not operating. That same Sunday, Curry joined at least 400 American CEOs in signing an open letter that challenged all business executives of similar authority in their role to take significant action to combat COVID-19. Curry at the time was the only athlete on that list.

Even before the death of Floyd, Curry was doing everything he could to improve racial equality in America. At the historically black college of Howard University, he single-handedly resurrected their golf program by giving funding reportedly in the seven figures. It was for the men’s AND women's teams for the next six years. A program that had not been around since the 1970s. Curry wanted his impact to go well beyond just the country he knew and loved. For Curry, it’s all about others. In 2014, he created a Three For Three Challenge in which he would donate three bed nets for every three he made that season. These Nets allowed Africa to combat so many preventable deaths from multiple diseases. That would end up being nearly 1,000 bed nets based on what he did for that season alone. Curry may give to the world, but he has never forgotten where he came from. All of the proceeds of the golf tournament that he hosts goes towards the Ada Jenkins Center in Davidson. Their mission is to help members of the community achieve economic stability, including bettering a very effective medical clinic. A clinic that is that much stronger in dealing with the coronavirus pandemic as we speak as a direct result of Curry. Curry has a reputation of always being willing to sign autographs before games. It doesn't matter whether it is home or away.  He has come a long way from being that 5'8 sophomore at the Charlotte Christian School, where he wasn't offered one single scholarship from any major Division I program. He has turned into a leader not just in basketball, but in domestic and third-world issues that impact the everyday life of billions. As sports fans, we have been critical of owners and players, in particular with the holdup of the MLB. The narrative surrounding professional sports right now is that both the athletes and owners are thinking about their own pockets. They aren’t thinking about what’s best for the fans. Steph always seems to focus on the fans and what’s best for others. He has always been a “we” guy instead of a “me” guy. Steph played just five games this season, but his value in terms of representing the NBA is far more valuable than what he did in either of his two MVP seasons.