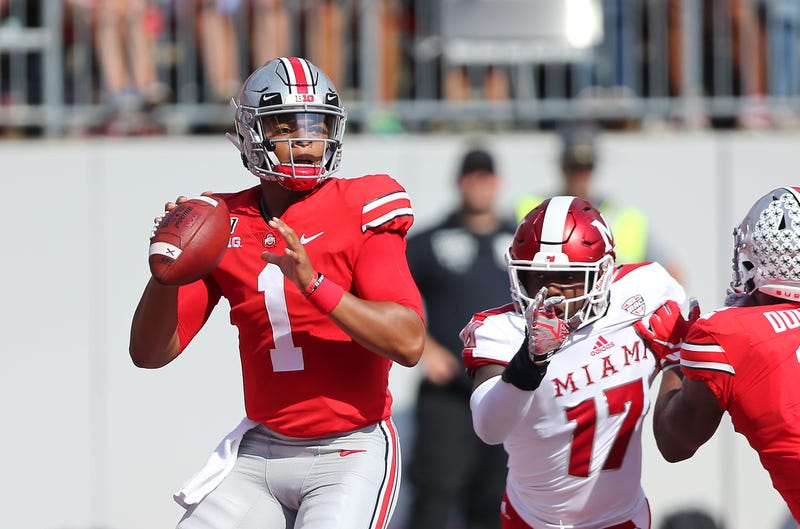 On Aug. 11, the Big Ten announced it would not play college football this fall. The season, hopefully, would unfold in the spring. If not, well, there’s always next year.

That changed Wednesday, when the Big Ten announced its fall season would begin the weekend of Oct. 23.

What do we make of the league's decision to suddenly reverse course?

“I think it was a good-faith attempt to reconsider to play football,” CBS Sports college football writer Dennis Dodd said on Reiter Than You. “I don’t read much else into it. Was it clunky and awkward and a lack of communication in the beginning that got them to this place? Absolutely. I don’t necessarily think they made the wrong decision on Aug. 11. I don’t know if they made the right one here. I think that’s for the history books to record on any of this.”

The Big Ten joins the SEC, ACC, and Big 12 as the fourth Power Five conference to play – or at least attempt to play – a fall season. The league will require student-athletes, coaches, trainers, and other personnel to take daily antigen tests. Big Ten student-athletes who test positive for COVID-19 cannot participate in games for at least 21 days.

“I think they put their money where their mouth is because this daily testing ability pushes them over the edge,” Dodd said. “Anyone who tests positive is going to have to sit out 21 days. The standard right now in college athletics, at least football, is 10 if you test positive and 14 if you’re a contact trace. So to say 21 . . . I think that’s significant.”

The Big Ten plans to play eight regular-season games in eight weeks. The Big Ten Championship is slated for Dec. 19 – one day before the final College Football Playoff rankings are released. Time will tell if the Big Ten, or any conference, is able to complete its season on time.

"There is no right or wrong on this right now," Dodd said. "That's for the history books to decide. We may not know for years. Who knows who contracts this and has it run through their body? If there's one hospitalization, can college football even stand that if any player goes to the hospital because of this? What are the odds of the season being played fully? I don't think the odds are very good. I think the commissioners are in a position to have to decide what's a conference champion if one team plays six [games] and another plays nine. Those questions will eventually have to be answered."

Dodd, though, won't be surpised if games are canceled – or if the season is eventually canceled.

"You're putting 120 players in one place and hoping they don't get infected to play a football game," he said. "I'm not making any judgments. I said [before the season] I think there will be some college football games played this fall. How it ends, I don't know. That's about where I'm willing to put it right now."