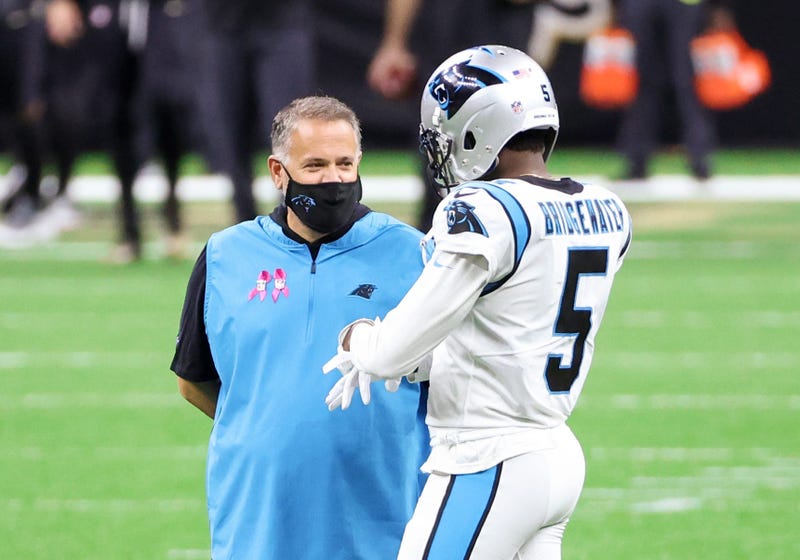 The Carolina Panthers did not beat the Atlanta Falcons on Thursday night. They struggled to protect Teddy Bridgewater, they scored just three points after halftime, and they forced just one punt, ultimately losing 25-17.

The Panthers (3-5) have now dropped three straight games, including back-to-back NFC South games, as they try to navigate a difficult stretch without do-everything running back Christian McCaffrey.

But this team, Panthers Radio play-by-play voice Mick Mixon said, will not get discouraged. They will learn from this loss and do everything they can to beat the Chiefs (6-1) in Kansas City in week 9.

That is the culture that Matt Rhule has created.

“If I had to say one word that has described the Matt Rhule coaching era at Carolina so far, it is trust,” Mixon said on After Hours with Amy Lawrence. “It’s trust in the process, it’s the players trusting in their coaching, it’s a belief that Matt Rhule has fostered in the third team versus the second team versus the first team, that they’re all listened to, they’re all of value, and they’re all going to play. It’s a trust that the fan base is building. This Panther team – even though it’s young and it’s growing – it’s going to give everything they have to give every second of every game every time out. It’s possible to love a team that doesn’t win every week if you feel like that team is selling out for you.”

Rhule, 45, built strong programs at Temple and Baylor. He appears to be doing the same in Carolina. The Panthers have been competitive in every game, as four of their five losses have come by one score.

Mixon expects big things from this franchise as its players continue to develop.

“I got chills,” he said. “I just about got tears in my eyes right now trying to articulate this to you because it’s been phenomenal to see the buy-in that Matt Rhule and his staff have achieved. Something special is brewing in the Carolinas. It may take a year or two, but there’s going to be an F5 funnel crowd raking over the NFC South here in a few years. Just remember that your staff meteorologist, your humble correspondent, your friend Mick, told you all about it on the Amy Lawrence show.”