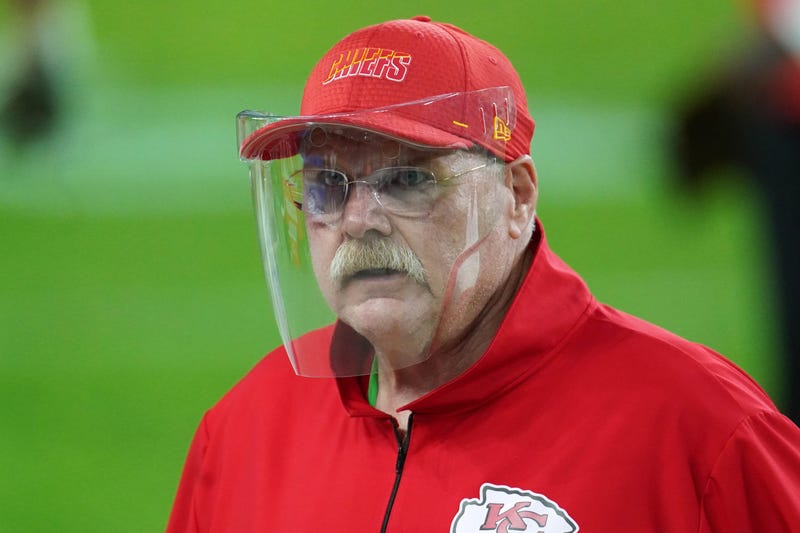 February 9, 2021 02/09/2021 11:52 pm
Few people know what it takes to beat Tom Brady in a Super Bowl, but David Diehl is one of them. In fact, Diehl helped the New York Giants beat Brady in two Super Bowls, so if anyone can diagnose what went wrong for the Kansas City Chiefs in Super Bowl LV, it’s him.

While the Kansas City offensive line has been criticized for its performance against Tampa Bay, Diehl believes a few other folks deserve blame for the Chiefs’ 31-9 loss.

“[You] have to put the fingerprint of Andy Reid and Eric Bieniemy on that [loss],” Diehl told Tiki & Tierney. “When I’m sitting there watching that game, I see their opening drive and I’m like, ‘They’re acting like this is Week 12 and they have their fully healthy offensive line.’ You go back 92 percent of the time in pass protection, it was five-man protections.”

Patrick Mahomes, who was hobbled with a toe injury that will require surgery, needed more protection than that. He also needed more from the running game. As in, he needed the Chiefs to call more running plays.

“The best way to [protect your quarterback] is to be able to run the football and be able to use tight ends to chip on the outside and get that help for Patrick Mahomes,” Diehl said. “So the fact that they weren’t able to, No. 1, utilize different protections so that they weren’t in one-on-ones, and No. 2, the fact that they were once again one-dimensional only throwing the football, you almost saw the same problems that the Buffalo Bills had going into the playoffs.

“Old school football, even though it’s not sexy and even though it doesn’t put up the fantasy numbers, when you can run the football downhill, control the time of possession, build play-action off of it and then help aid your defense, that’s what wins Super Bowls.”

The Chiefs trailed the Buccaneers 14-6 with less than a minute remaining in the second quarter, but it was all downhill from there. Kansas City failed to find the end zone and was limited to three points in the second half.