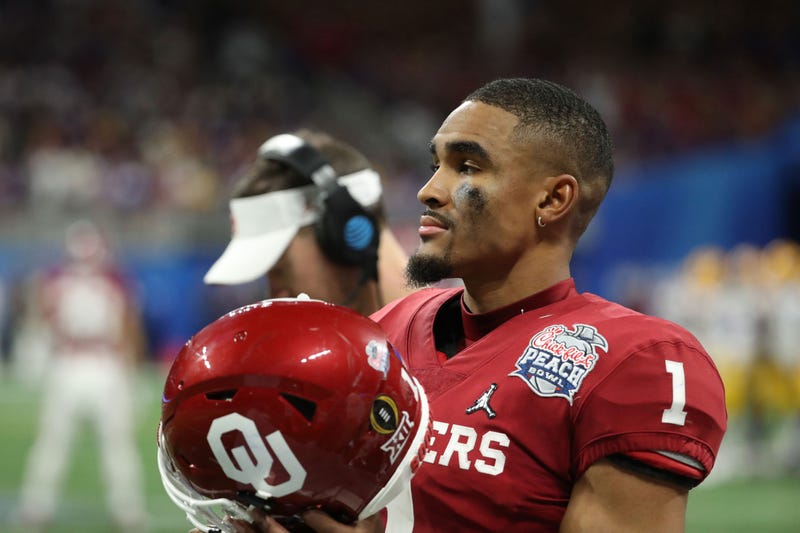 The Green Bay Packers didn’t make the only surprising quarterback selection in the NFL Draft. The Philadelphia Eagles did, too, this after drafting Jalen Hurts in the second round (53rd overall).

“It was a little shocker,” Donovan McNabb said on The Zach Gelb Show. “We were just talking about Aaron Rodgers, weren’t we? You have to look at it and take it into account. I said it last year, I said it the year before, and everybody gave me heat. If you continuously get hurt, they’re going to look to try to bring in somebody to step in and fill the void. Carson [Wentz] is one of the top quarterbacks in this league when he’s healthy, but he just hasn’t been healthy over the last couple of years to finish seasons out.”

Wentz, the No. 2 overall pick in 2016, was an MVP candidate in 2017 before tearing his ACL and LCL in a win over the Rams that December. He has struggled to stay healthy ever since.

Hurts, an intriguing dual-threat option who starred at Alabama and Oklahoma, will be his backup.

“I like the fact that Jalen Hurts was playing under a West Coast system where he can learn from Doug [Pederson], which I learned from Doug in my rookie season, and then we both learned from Andy [Reid],” McNabb said. “So this would be a great fit for him to at least learn under Doug, be able to continue to refine his three-step, five-step, seven-step drop, which he’s done throughout this offseason and knowing and seeing the result of it all. So I’m excited about it.”