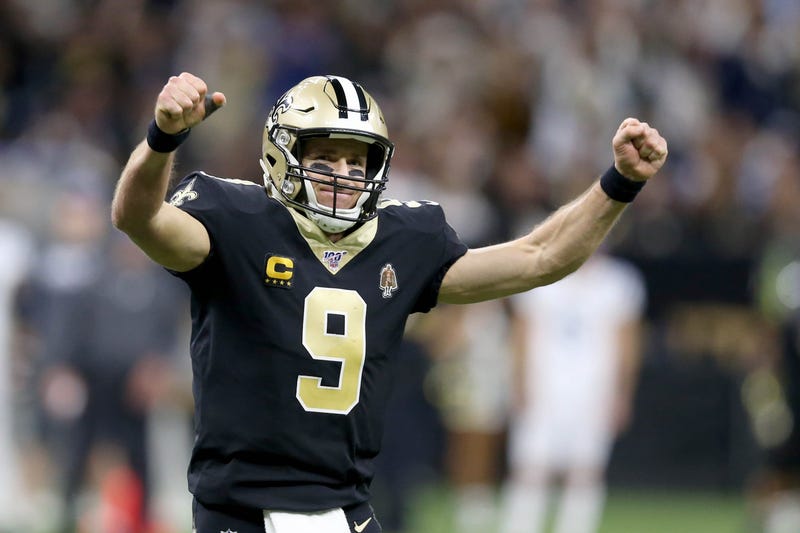 Nick Hardwick did not play high school football but walked on to Purdue’s football team for one reason and one reason only: Drew Brees.

“I walked on because he inspired the entire university,” the former NFL player said on After Hours with Amy Lawrence. “The way he led that Purdue football team in 2000, 2001 to the Rose Bowl for the first time since 1967, it was just a thing to behold. I said, ‘I got to be a part of that.’”

So Hardwick walked on the following year, and as it turns out, he was pretty good. In 2004, the Chargers took the center in the third round of the NFL Draft, and he became teammates with Brees.

One day, Hardwick was eating lunch in the cafeteria and someone came up behind him, patted him on the back and said, “Hey, Boiler.” It was Brees, who asked Hardwick if they could eat together.

“In my head I’m freaking out,” Hardwick said. “I’m like, ‘Drew wants to sit down with me and have lunch? This is a dream come true right here. If they cut me tomorrow, I’m all set. I just met Dew Brees.’ But then I got to play with him for two years and I got to see how diligent he was and how intense his preparation was and how great of a leader he was.”

Which is why Hardwick was so surprised by Brees’ comments last week about police brutality and racial inequality. Brees stated that he would "never agree with anybody disrespecting the flag of the United States of America.” He later apologized for those remarks. So did his wife.

“It just seemed so lost in translation from where we are and what we’re all watching and going through together as a country,” Hardwick said. “For a guy who’s that intentional at all times to have missed the mark, in his words, by such a wide margin, I had never seen him make an error like that. I do think, though, the apology – the apologies, I should say – that have followed and some of his teammates coming back having met with them, I think this is going to give the Saints a better opportunity than other teams to get closer together.”

Hardwick cited the 2017 Philadelphia Eagles as an example. When Chris Long put his arm around Malcolm Jenkins during the national anthem that August, it brought those players – and that team – closer together. They went on to win the Super Bowl that season.

“They become the epicenter of the conversation about the national anthem protests,” Hardwick said. “I’m sure they had more intense conversations, more compassionate conversations. They got to know everybody in that locker room because of that conflict or that moment that they had, they got to know each other better and more intensely, they ended up loving each other more – and I do believe they went on to win a Super Bowl because of that. I think this is going to give the Saints that exact same opportunity. Drew, as knucklehead of a comment as it was and as off-base as it was, I do believe it’s going to give the Saints a chance to rally together and make a really good run at this Super Bowl this year.”