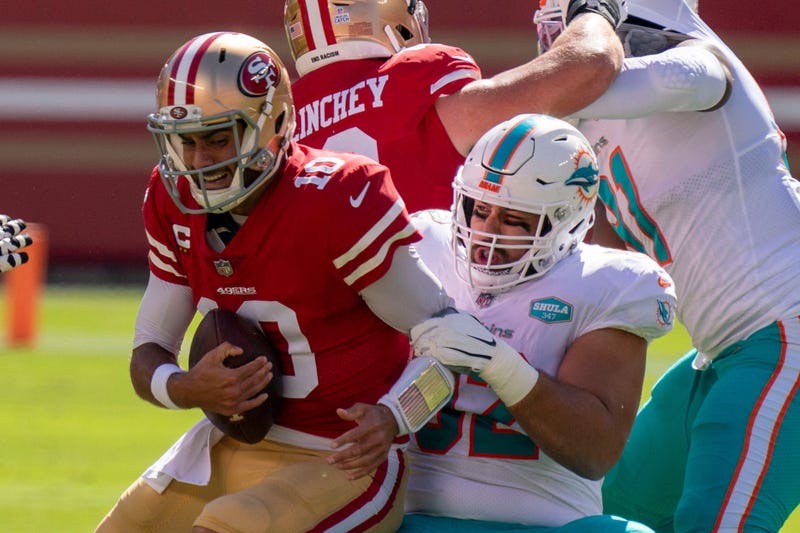 Jimmy Garoppolo was benched for the second time this season on Sunday, this after struggling mightily against the Seattle Seahawks.

Garoppolo helped the San Francisco 49ers to a Super Bowl appearance last season, but at least one former Niner believes his days in the Bay Area are numbered.

“He’s not going to be there [next year],” former All-Pro and Super Bowl champion Eric Davis told Tiki & Tierney. “I learned how [Kyle] Shanahan feels about it this last game.”

Shanahan pulled Garoppolo in the fourth quarter against Seattle, with San Francisco trailing 30-7. Garoppolo finished 11-of-16 for 84 yards, one interception and three sacks in the 37-27 loss.

The Niners benched Garoppolo in Week 5 when he went 7-of-17 for 77 yards, two interceptions and three sacks in a 43-17 loss to the Dolphins.

The Niners, it is worth noting, announced Tuesday that Garoppolo is expected to miss six weeks with a high ankle sprain.