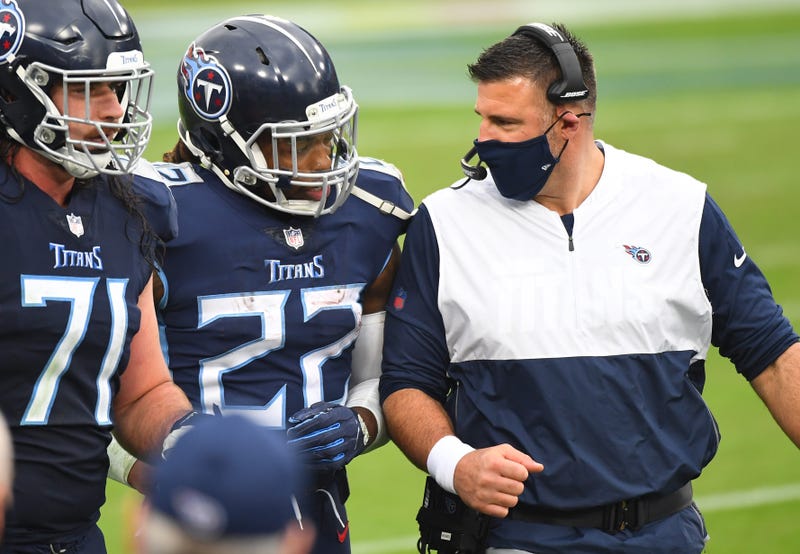 The Tennessee Titans (5-0) beat the Houston Texans 42-36 in overtime this past Sunday, and a penalty may have contributed to Tennessee’s win.

The penalty, however, was against Tennessee – and the Titans took it intentionally.

Indeed, with the Titans trailing 30-29 in regulation and Houston driving late in the fourth quarter, Vrabel instructed a 12th defender to go onto the field. Flag. Penalty. Too many men on the field.

But that penalty saved the Titans 40 seconds of game clock – which allowed them to force overtime, win, and remain undefeated.

How’s that for some coaching genius from Vrabel?

“I think it’s emerging,” NFL on CBS analyst Evan Washburn said on The DA Show. “It built some momentum last year in that game against the New England Patriots where he was taking some delay of games and playing with the clock and the rules, and that got the ball rolling with this idea that Vrabel has some genius there. I love it because it’s such a dichotomy. He’s the ex-defensive player, he’s big, he’s gruff, he’s kind of got this demeanor about him. But then he does these things that are at the highest level of not just understanding of the rule book, but understanding of time and situation, analytics, when to go for two, when to take a penalty, knowing what it means down the road.”

Vrabel, 45, won three Super Bowl titles with the Patriots. He played for – and learned from – the best in Bill Belichick. He even handled the Monday press conference with Belichickian aplomb, dodging a question about the genius of the penalty and saying the Titans need to make fewer mistakes.

“Teams have really graduated in terms of adding members to their staff whose specific role is all the analytics – down-and-distance, when to do this, when to do that – and they will chime in on a coach’s headset and say, ‘This is a good time for X, Y or Z,’” Washburn explained. “It’s still a little bit of a mystery, and he’s not an open book about it. . . . He’s not ready, at least publicly, to admit his genius.”