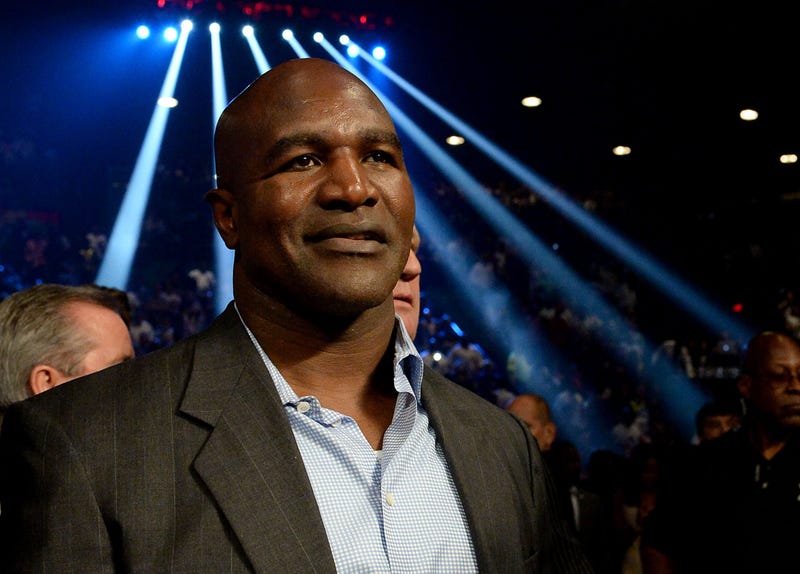 Evander Holyfield is 57 years old, but he’s not afraid to step back into the ring. In fact, the boxing legend said he is open to fighting Mike Tyson or Riddick Bowe.

The last time Holyfield fought Tyson, in June 1997, he lost part of his ear. Needless to say, boxing fans would love to see these two square off again, even in their 50s.

“People have talked about it, but it’s a lot of talk right now,” Holyfield told JR SportBrief. “It hasn’t yet completed itself to being put on paper. Until things get on paper, [nothing is certain]. In a situation like that, you have to do things properly. It’s not one of these things that you hurry up and just do because it actually is a global thing. The fact of the matter is so many people all around the world would like to see that. But with me, the thing is doing it properly.”

“One thing is just about good health and staying in condition,” Holyfield said of the video. “Of course when I said that, a lot of people thought that [meant] this thing with Mike and all that, but it wasn’t. . . . I [want] to tell kids the same thing my mother told me at a young age: if you don’t get bad habits, you don’t have to put nothing down. That’s the reason I look good for my age – because I took care of my body. So it’s about spreading the message to the young people, giving them an opportunity to know these same things, that each generation is supposed to get better.”