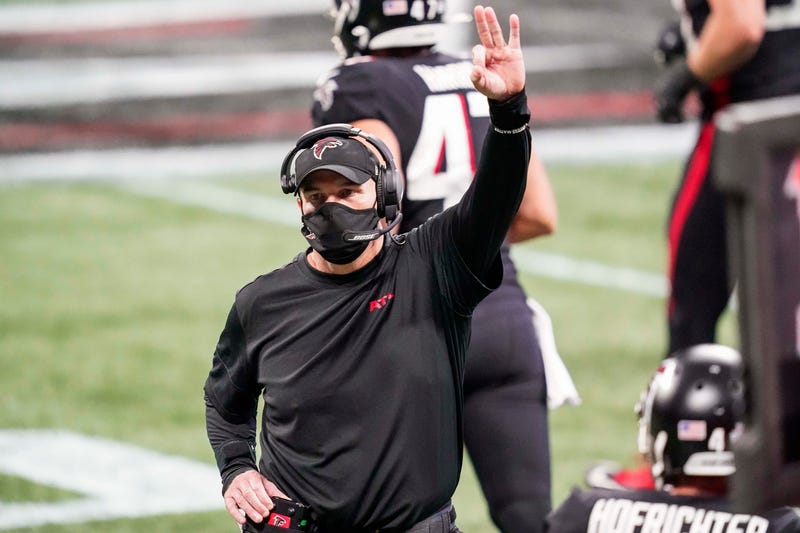 They are 4-3 since the shakeup, with two of those losses coming to the New Orleans Saints (10-2), who are atop the NFC.

“It’s difficult because Coach Quinn was such an amazing coach, great person, great guy, I liked him as a coach – can’t speak highly enough about the man, and to see him get fired midseason, you feel bad,” Falcons center Alex Mack told JR SportBrief. “You can’t help but as a team be partly responsible for that. With all the COVID stuff, it was just another thing: ‘Oh, now we have a new coach.’ You’re just kind of wrapped up in the [theme] of the year: At any moment, things can change.”

Raheem Morris has fared well as interim head coach. The 44-year-old has been a member of the Falcons’ organization since 2015 and most recently served as defensive coordinator under Quinn.

The Falcons (4-8) allowed an average of 32.2 points per game through five games. They have allowed just 20.1 points over their last seven.

“We, I think as a team, handled it very well,” Mack said of the transition. “As a player, [you think], ‘All right, new orders coming from somebody else. Let’s keep going.’ As a lineman, you have to just be consistent. Do your same thing every day no matter what – next play, next game, next series, whatever it is. Taking that attitude fits very well with the COVID year.”

“Rah’s a great coach,” Mack said. “He tells it like it is. He’s keeping things very simple, streamlined, just very simple about what are our goals [are], what we have to do, how do we improve and just bringing that kind of attitude. [He’s] blunt. But it’s still very much the same attitude we’ve always had a team, which is let’s play really fast, you should play with confidence, you should know the game plan, you should play quickly, and let it rip. So it’s very much that same attitude.”

The Falcons play three of their final four games on the road, beginning with the Los Angeles Chargers (3-9) this Sunday. Kickoff from SoFi Stadium is slated for 4:25 p.m. ET.