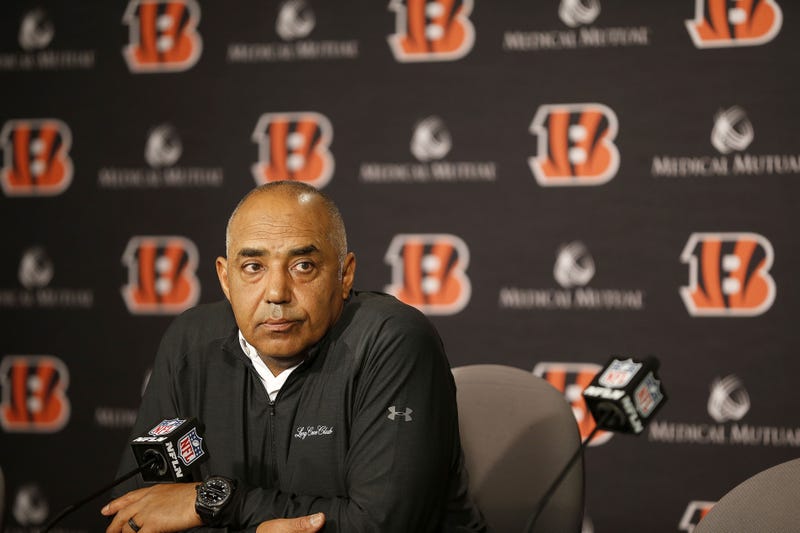 Marvin Lewis coached the Cincinnati Bengals for 16 years. He won four AFC North titles and led the Bengals to the playoffs seven times. Although he failed to win a playoff game, it was still a successful tenure for what had previously been one of the worst franchises in football.

Nevertheless, Lewis did not miss the NFL in 2019.

Lewis, 61, served as a special advisor to Herm Edwards and Arizona State last season. He is now the program’s co-defensive coordinator.

“[I had] to evaluate the game that we just played in all three phases with Herm every Sunday morning,” Lewis said. “He’d be waiting on me about 6:30 a.m., so we would watch all three phases together. . . . I really didn’t get an opportunity to watch much [NFL action]. I got to see the Cardinals a few times if they’d be on if I stepped into somebody’s office, but I literally never turned the TV on in my office [to] an NFL game.”

Although Lewis didn’t miss the NFL, he did interview to become the Cowboys’ head coach in January, but Dallas hired Mike McCarthy instead. Lewis was disappointed.

“You’re going to be disappointed, but things all happen for a reason,” Lewis said. “I believe it’s a fine franchise. They have a great football team there. I think you can go there and be very, very successful. I think Mike will be very successful at that job.”

While Lewis will not coach the Cowboys, his former quarterback, Andy Dalton, will back up Dak Prescott. The Cowboys signed Dalton to a one-year deal this past Saturday.

“I’m excited [for] him for a new beginning,” Lewis said of Dalton. “He took the opportunity with the Cowboys. It gives him opportunity with a new staff and with Mike McCarthy and what they’re doing on offense with Kellen [Moore], to go in there and understand his role, to be the backup to Dak, to be supportive if something happens with Dak, he goes in there and they don’t want to skip a beat. I think he’s capable of doing that. So it sets himself up for another opportunity down the road with another club.”

Lewis, meanwhile, is happy to be coaching again.

“I miss coaching,” he said. “That was the fundamental thing behind it. I do miss coaching. I spent 16 years as a head coach. You don’t get to coach as much as the head coach as you want all the time because you’re involved doing other things. But all in all, I did miss those opportunities. I’m really excited about what I’m doing now. Hopefully we’ll get to play football this fall.”

Lewis was asked if he would ever want to be a head coach in college football.

“I don’t really know that that’s in the cards for me at this point in my life,” he said. “I enjoy doing it from the seat I’m doing it in right now.”

As for being a head coach again in the NFL, Lewis isn’t sure.

“I don’t need to predict or think about any of that,” he said. “My concern is what I’m doing currently.”

Lewis was also asked about Jim Harbaugh’s open letter to the football community. Harbaugh believes that players should be allowed to enter the NFL at any point in their collegiate careers. If players go undrafted, Harbaugh says, they should be allowed to return to school without penalty provided that they did not receive payment from an agent.

Lewis prefers the current model, which stipulates that prospects be at least three years removed from high school.

“The fact that a guy that’s 18, 19, 20 years old is ready to go play in the National Football League, I don’t agree with Jim there,” Lewis said. “I think they do need some maturity. We get some 20-year-olds and there’s a lot of growing up to do. It’s a physical game against grown men, and I do think there is a gap there that needs to be filled with some maturity. So I would not be for that. I don’t think that’s advantageous. I think guys need to get their college degree so that they can be successful down the road. The way college football is now, they’re set up to where they can get their degree in three, three-and-a-half years.”