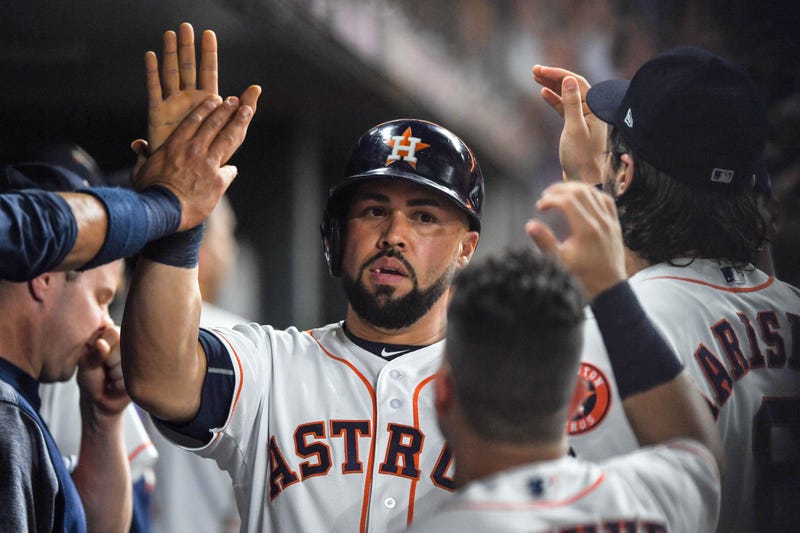 On Thursday, Carlos Beltran became the third manager in Major League Baseball to lose his job as a result of the Houston Astros’ sign-stealing scandal. Beltran, who resigned from his post, joins A.J. Hinch and Alex Cora, who were fired by the Astros and Red Sox, respectively.

There’s just one key difference: Beltran was a player on the 2017 Astros, not a manager.

“To be brutally honest, I’m upset about the Carlos Beltran situation,” former Astro and current team broadcaster Geoff Blum said on After Hours with Amy Lawrence. “Carlos Beltran in 2017, he was not on that roster to be a player-coach; he was on that roster to be a player. Yes, he was in the clubhouse to be a mentor and get these guys to understand how to play championship baseball. Obviously it spiraled out of control a little bit.”

The Astros participated in an elaborate sign-stealing scandal, which ultimately cost the organization its manager, GM, draft picks and $5 million.

“But at the same time, everything that I’ve heard from anybody in baseball – management or anybody on the commissioner’s side – is players were to have immunity in order to get the story out and get the evidence they needed to figure out what was going on,” Blum said. “So my question to the commissioner would be why was Carlos Beltran mentioned in that report?”

Beltran, 42, became Mets manager in November. Less than three months later, he’s out of a job.

“He was a player in 2017,” Blum reiterated. “It shouldn’t have an effect on him. He should still be covered by that blanket immunity for players. But now with him being named in that report, more speculation builds, and it thwarts the opportunity to have a very good player – and a very good man, I still believe – have the opportunity to manage a good team up in New York. It’s frustrating.”