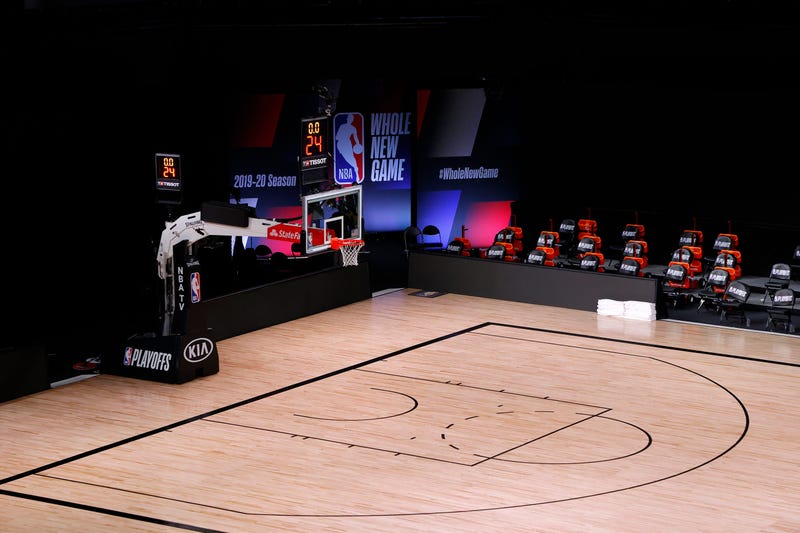 What began as a one-team protest Wednesday has had a domino effect in the sports world, as the NBA, WNBA, MLB, and MLS all postponed games in the name of racial injustice.

Indeed, the Milwaukee Bucks boycotted Game 5 of their first-round playoff series with the Orlando Magic yesterday, protesting the shooting of Jacob Blake, an unarmed Black man who was shot by police seven times in Kenosha, Wis., on Sunday. The Bucks play their home games roughly 40 miles from Kenosha.

Within hours, several teams – and leagues – followed the Bucks’ lead in postponing games. Several NFL players, meanwhile, took to social media to support the Bucks and other teams taking a stand.

It’ll be interesting to see how the NFL responds to this developing movement.

“I think in this situation it’s such a critical issue of the times,” former NFL executive and current agent Jeff Diamond said on After Hours with Amy Lawrence. “I think as a leader of an organization, you have to listen to your players, listen to their concerns, and support them in however they want to demonstrate their feelings about it and whether that is kneeling, whether it’s skipping a practice or something like that. I think in the NFL it’s different in terms of skipping a game. It’s a little more difficult because there are so few games. It’s easier in the NBA and baseball to say, ‘Hey, we’re going to postpone tonight’s game and just reschedule them.’ But that’s really not practical in the NFL. And so, I don’t think we’re going to see it go to that extreme, but I think certainly it’s going to be a focal point all year long.”

Diamond worked for the Minnesota Vikings for over 20 years, ultimately serving as senior vice president and general manager. In 1998, he was named NFL Executive of the Year and later became team president of the Tennessee Titans.

Diamond believes it’s important for team executives to not only listen to and support their players, but also help guide their potential actions and activism.

“I think [it’s] a combination, really,” Diamond said. “You are a leader and you want to listen to your players and coaches and hear their concerns. The last thing you want to do is block people out and not let them express themselves. Whether it’s in social media, whether it’s in contributions by the organization – and there are a lot of things that teams are doing that sometimes are publicized, sometimes less so. And so, I think there are a lot of ways you can make an impact. It’s such an important issue with your players and with your coaches and staff that I think you have to be a listener and you have to be a supporter and a leader. It’s really a combination of all of the above.”