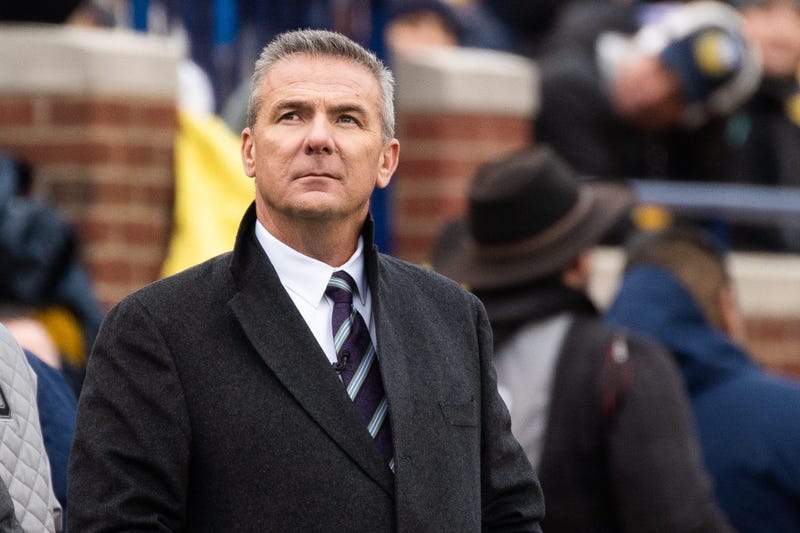 Jim Harbaugh’s struggles at Michigan have been well-documented. In fact, it’s possible, if not likely, that Harbaugh leaves Ann Arbor after this season or after his contract ends following the 2021 season.

Whenever Harbaugh leaves, though, doesn’t Michigan have to call Urban Meyer? Wouldn’t it be media gold if Meyer went to Ann Arbor after seven seasons of dominance at Ohio State?

“Absolutely,” former Ohio State linebacker and current Big Ten Network analyst Joshua Perry said on The Zach Gelb Show. “We sit here in media, and we’re a drama and controversy business. That is the drama that we would love. Now, for me as a former player, a guy who played for Urban, I’d be side-eyeing him a little bit, like, ‘Man, how could you do that?’ But at the same time, Urban is a guy at this point who’s chasing legacy. He’s a guy at this point, if he can go out there and someone is willing to pay you $10 million a year to do something that you love, why wouldn’t you at least consider the opportunity?”

Still, Perry, who won a national title under Meyer, knows Michigan would be a tough sell for the 56-year-old.

“You watch him on Big Noon [Kickoff], and he can’t even say the word Michigan. He says the Wolverines,” Perry said. “So it would be a really big pivot for him to go from not being able to say Michigan to being the head coach of that university. But it’s great for conversation for sure. We talk about the Texas job with him, too. It’s got Buckeye fans real tight. People in Columbus don’t like that conversation.”

Perry, a fourth-round draft pick in 2016, does not believe Meyer would ever coach in the NFL, mainly due to lack of control. He also questions if Meyer will coach again, period.

“It’s tough. It’s tough,” Perry said. “I’ve spoken to him, he seems really content, and he’s at that point [where] it’s got to be the right opportunity and it’s got to be for the right dollar amount. He’s got to have Mickey Marotti with him, he's got to be able to bring Mark Pantoni, pick anybody he wants on his staff, they give him full control over how much he pays his assistants, full control over any modifications he wants to make to the facilities, locker rooms, whatever – literally he’s going to want to have all that. And it’s got to be a place where he feels like he can win a national championship. He’s in for a build, and I think Urban has done a great job over his career as being a guy who can build a program. But the opportunity to build it has to be there.”