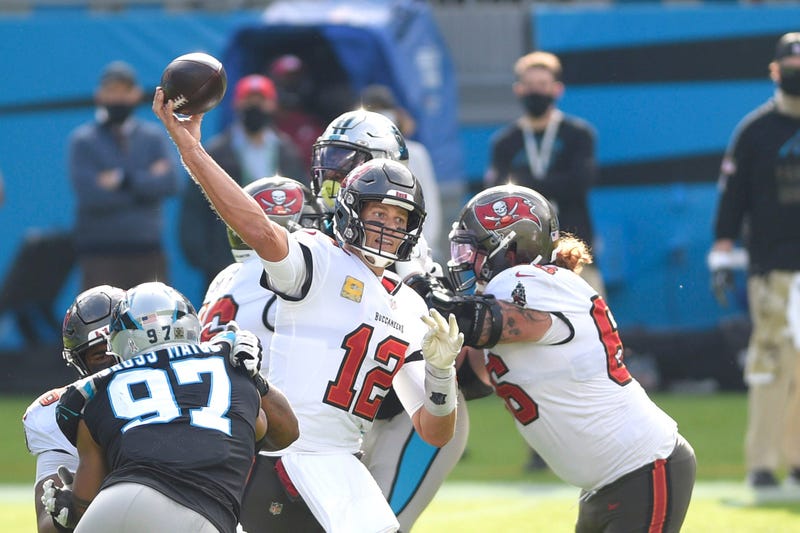 It’s been an up-and-down season for the Tampa Bay Buccaneers. They lost their season-opener to the New Orleans Saints before winning six of seven; they were 6-2 halfway through the regular season, and things were looking up. They have since lost three of four, however, including back-to-back games against the Los Angeles Rams and Kansas City Chiefs. Add it all up and they are 7-5, the 6-seed in the NFC.

In other words, not elite.

But this team, Zach Gelb says, could still turn things around. In fact, Gelb wonders if the 2020 Buccaneers could become the 2018 New England Patriots, who finished a ho-hum 11-5 before winning the Super Bowl.

“That Patriots team, going into the postseason, people were not high on them,” Gelb said on The Zach Gelb Show. “A lot of people were picking the Patriots to get upset by the Chargers [in the divisional round] . . . and the Patriots blew them out.”

Indeed, the Patriots led the Chargers 41-14 in the fourth quarter, ultimately winning 41-28. A week later, the Patriots beat the Chiefs in an overtime thriller in the AFC Championship. Then they beat the Rams in Super Bowl LIII.

“Could the Bucs, who have not given you a reason to think they’re a great team this year, with how incomplete the NFC is, could the Bucs end up becoming what the Patriots were in Super Bowl LIII?” Gelb asked. “If that’s going to be the case, you need the offensive line to play better.”

Brady, Gelb says, was “barely touched” in his last Super Bowl run with the Patriots. The Buccaneers would need to offer the 43-year-old that same type of protection.

“They have a plethora of talent,” Gelb said. “I just wonder, in so many of these games where they have not been playing well, and they got embarrassed twice up against the Saints . . . I’m curious if the Bucs could end up becoming what the Patriots were in that Super Bowl LIII-winning season. I look at all these teams in the NFC, I can’t convincingly tell you which team is going to go to the Super Bowl. In the AFC, it’s clear. It’s the Chiefs. Put them in the Super Bowl. I’m still not counting out the Bucs, though. And they don’t give me any reasons really to believe them, other than that one thought: just survive the season like the Patriots did that year and then come playoff time maybe get the best out of this football team.”