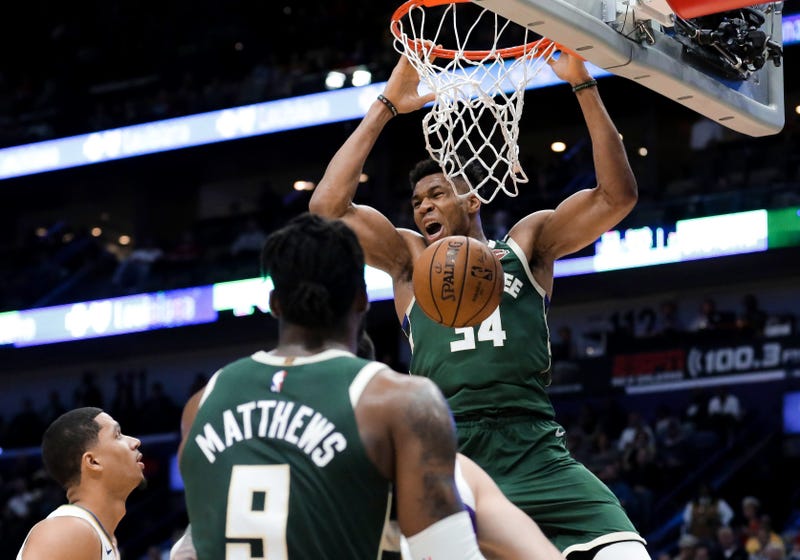 Rest easy, Milwaukee Bucks fans. Giannis Antetokounmpo is yours for the foreseeable future.

Antetokounmpo signed a five-year extension with the Bucks worth $228.2 million Tuesday. It is the largest deal in league history.

Antetokounmpo, 26, was slated to become an unrestricted free agent after the 2020-21 season. Many NBA analysts did not think he would sign a supermax extension with Milwaukee.

“When he was ready and it was time, he said, ‘Let’s do this. This is right,’” Feigin said. “He brought his family in, we sat around the table – kind of like a great emotional time – and he was ready. He’s been really consistent and transparent. He loves the prospect of the team, he loves the city, this is kind of where he’s grown up in the states since he’s come here, and he really wanted to put the commitment down, and he did it. So he is that special guy.”

Feigin felt many emotions throughout this process. The overarching one he feels now? Relief.

“When you’re in this business, [even] with the most optimistic thoughts, nothing’s done until it’s done, and things can change,” he said. “So the fact that we’ve gotten [through] this chapter and it really solidifies a big part of our future to build around – I’d say for the short-term [I’m] 99 percent relieved. It allows us to focus on . . . how do we march toward a championship? How do we continue to improve? How do we get fans back into the arena? How do we restart this season? It’s really kind of a launchpad to really focus on the things we like focusing on.”

Antetokounmpo, a two-time MVP, has led the Bucks to the best record in the NBA two years in a row but was unable to reach the NBA Finals either time. This year, the Bucks lost to the Miami Heat in the second round.

Antetokounmpo went home to Greece after the season. Now back in the states, he was ready to sign the extension.

“I think he waited until he was back home in Milwaukee and really wanted to sit down and talk it through,” said Feigin, who credited general manager Jon Horst for brokering the deal. “The way the season went and the way the bubble went down and the travel to Greece, there wasn’t this chapter in time where there was a concentrated moment where we could all sit down and discuss.”

“I think I’m probably that kid,” Feigin said, laughing. “I’m beyond happy. This is a real testament to Milwaukee, to our fan base, to what I hope directionally is where small markets no longer have to be defined with the global market and . . . what opportunities are. It’s great for the NBA. It’s really incredible for the NBA. This, I think, is part of Giannis’ legacy that will make him one of the most special athletes in the history of the sport, which is pretty exciting.”

Feigin said that last season was a “disappointment” and that the organization wants to compete for – and win – championships.

“It’s great to be dominating in the regular season. It has its great advantages,” he said. “With COVID and the bubble, we didn’t reap the benefit of home-court advantage with the best record in the league, but it was fair play and everybody was on even ground in the bubble, and we just didn’t perform and we had a disappointing playoffs. Ownership has really put this team together to play for championships, so unless you’re playing in the Finals, it’s a disappointing season.”

Feigin was asked if the upcoming season is championship-or-bust.