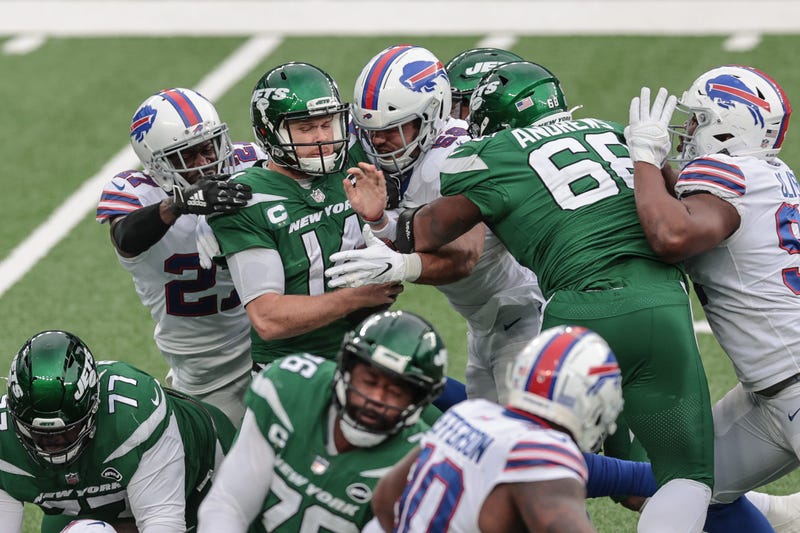 There’s still a long way to go this season, but there’s a decent chance that the New York Jets (0-8) and New York Giants (1-7) will finish with the two worst records in the NFL – which means they would pick first and second, respectively, in the NFL Draft.

Both the Jets and the Giants have young, struggling quarterbacks. Daniel Jones was especially frustrating for Giants fans in Week 8, making several key mistakes in a 25-23 loss to the Buccaneers.

Should the Giants move on from Jones next offseason?

“I think it’s insane if the Giants would consider drafting a quarterback to replace Daniel Jones – if we had to make the decision today,” King said on Tiki & Tierney. “He has shown too much. . . . [But] I’m not positive that the New York Giants can fix the turnover issue with Daniel Jones. All I know is that I do not want to make that judgment after taking him sixth overall after 20 football games. That, to me, is ridiculous. If I were the Giants and I had a really high pick, which they’re going to have, I’d take somebody like that tackle from Oregon whose name I can’t pronounce.”

That would be Penei Sewell, who is, in a word, special.

Sam Darnold, however, could be a different story.

“It looks like the Jets will have the first pick in the draft,” King said. “I barely watch college football, and I certainly don’t study it. But everybody who does study it says that Trevor Lawrence is one of the best quarterbacks – maybe the best quarterback – to come out since Andrew Luck.”

Quarterbacks drafted since 2012 include Patrick Mahomes, Deshaun Watson, and Lamar Jackson, among others.

“There’s been a lot of good quarterbacks to come out in the last eight years,” King said. “But I don’t think you pass on a guy of that talent, especially when your quarterback [has struggled]. I believe Sam Darnold still has a chance to be good, but if I were [Jets general manager] Joe Douglas, I call the 49ers, I call the Colts – I call several teams after the season – and I say, ‘You don’t even have to give me anything this year. But if you give me your [first-round pick] in 2022, we’ll send you Sam Darnold.’ Then you go draft Trevor Lawrence. You hire, I would hope, Eric Bieniemy or somebody who really is a good quarterback teacher and a guy who can give a quarterback some confidence.”

King could also see the Jets keeping Darnold and moving the No. 1 pick for three or four first-rounders.

“I don’t think it would be the worst decision in the world if I were the Jets,” King said. “But I think the smarter thing to do would be to try to sell Darnold to the highest bidder and take Trevor Lawrence yourself.”