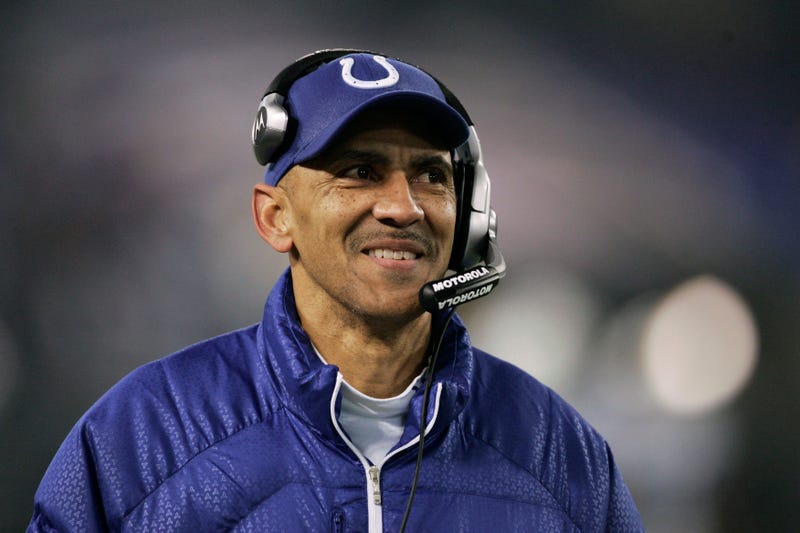 But there was a time, he says, when the color of his skin impacted his coaching career.

“I think it was an impediment, yeah, I do,” Dungy said on The Zach Gelb Show. “I had interviews with owners who asked me who my staff was going to be and what my players would look like. And I had an owner tell me, ‘I don’t know if we’re ready for that yet’ when I said Tyrone Willingham is going to be my offensive coordinator because he’s the best offensive coach I know and he’s a good friend of mine and we think the same way.”

Willingham, of course, is African-American. He served as head coach at Stanford, Notre Dame, and Washington.

“You could tell they were not ready for that,” Dungy said. “I said, ‘I appreciate knowing that. I’ll try to go back and win and do the best I can do, and I think I’ll deliver a winner when I come.’”

Dungy, 64, did not support a since-tabled proposal that would have given teams draft-based incentives to hire minority head coaches and general managers.