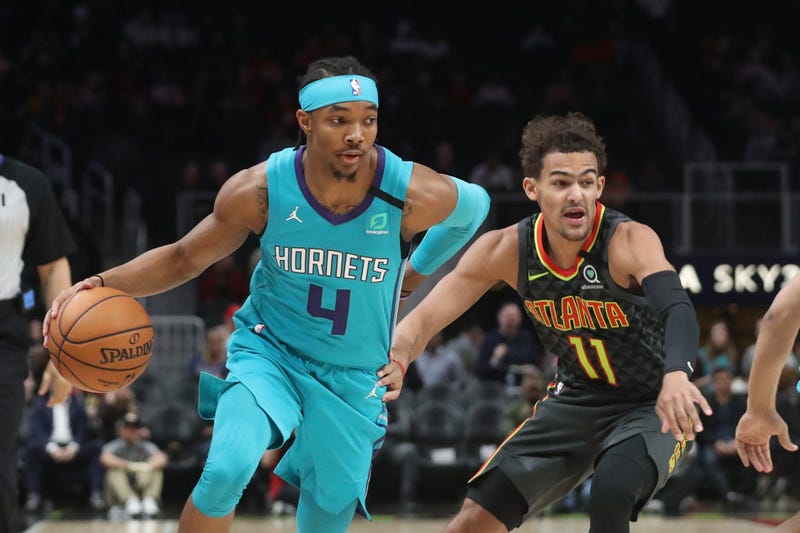 Hornets point guard Devonte’ Graham will not win the NBA’s Most Improved Player award this year. In fact, he wasn’t even a finalist.

But he probably should have been.

Graham’s production increased exponentially this season. After averaging 4.7 points and 2.6 assists as a rookie, he averaged 18.2 points and 7.5 assists – both team-highs – in his second season for Charlotte (23-42).

“He had a tremendous year,” Hornets head coach James Borrego said on The Zach Gelb Show. “I don’t think any of us saw this type of year coming from Devonte’, but it really started the year before. He studied the game. He was an absolute pro that first year with us. He went down to the G League, which is a big part of our development. He got to grow there, get real game-time reps. Obviously we had Kemba Walker and Tony Parker here, and that was going to be tough for him to gain minutes and earn minutes here with those two guys in front of him. But he studied. He watched those two guys – how they carried themselves on the court, off the court. He took bits and pieces from each of them, and I think you saw that throughout the year.”

Walker, of course, moved on to the Boston Celtics in July 2019, while Parker retired. Suddenly, there was an opening at point guard, not to mention a leadership void in the locker room.

“This group was thirsting for it, having lost Kemba Walker and Tony Parker,” Borrego said. “To watch [Graham] step into that role is a real credit to him. I’m proud of him. I’m excited [for] what’s ahead for him. I believe he’s the Most Improved Player in the NBA when you look at it from top to bottom. He absolutely should have been a finalist, but when you look at where he was at a year ago playing in the G League – and now stepping in playing real meaningful NBA minutes as a starter and to produce – to me, he’s the Most Improved Player in the NBA.”

As mentioned, though, Graham was not even a finalist. That honor went to Miami’s Bam Adebayo, New Orleans’ Brandon Ingram, and Dallas’ Luka Doncic.

“I was disappointed,” Borrego said. “I was disappointed for him because he worked so hard. But you know what? His peers, he’s earned their respect. Even for Doncic to come out and say what he did in response to that was big for Devonte’. But it’s not only him. Kemba Walker, others have come out and made their statement for Devonte’. But more than anything, Devonte’ is going to continue to work. The awards don’t define you. He’s only going to come out and work harder. Our conversations [have been about] use this as fuel to get better and continue to grow. I know he’ll do that. He’ll use this the right way. He’ll use it as motivation, and he’s already doing that right now.”