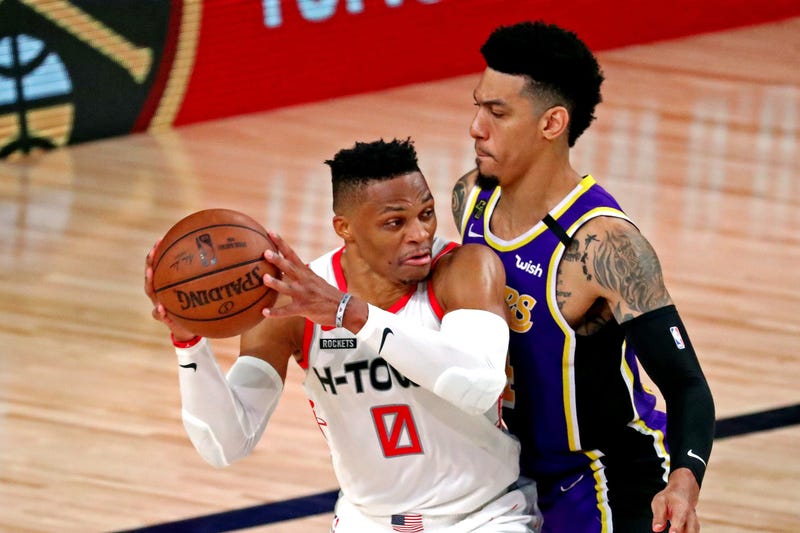 The New York Knicks are reportedly interested in trading for Houston star Russell Westbrook, but Bleacher Report senior NBA writer Howard Beck would like to give Knicks brass some unsolicited advice:

“I think it’s a terrible idea for everybody involved,” Beck said on Reiter Than You. “It’s a terrible idea. Russell Westbrook is 32 now, and while he obviously still is a very impactful player, there have been some signs that he’s starting to erode a little bit – and that’s not unusual. Everybody in their 30s starts to erode a little bit, especially guys who rely a ton on their athleticism because you can’t keep that forever. His game is not going to age well. He’s not a skill player; he’s an explosive player, a force player, a player who relies on his athleticism. He’s not going to all of a sudden turn into a great spot-up three-point shooter. So that’s a concern.”

Westbrook, who turns 32 on Thursday, was named NBA MVP in 2017. A nine-time All-Star, he averaged a triple-double three years in a row for the Thunder but never advanced past the first round of the playoffs.

He wouldn’t have a lot of help in New York, either.

“The Knicks have nobody else, so that’s a concern,” Beck said. “Russell Westbrook by himself in Oklahoma was a first-round-and-out guy. Now, Knicks fans would probably love to be first round and out because it would mean they made the damn playoffs. They haven’t made it in quite a while, and they have no hope of making it anytime soon given the roster they have.”

The Knicks, who have finished with a losing record seven years in a row, have not made the playoffs since 2013. They have missed the playoffs in 15 of the last 19 seasons.

“The Knicks are in no position to be giving up anything of value – not young players, not picks,” Beck said. “I don’t know [what acquiring Westbrook] gets them. Does it infuse the Garden with a jolt of energy? Sure. Is anybody going to be sitting there to get that jolt given that no fans are going into the arenas for a while? The normal [mindset] would be, ‘Yeah, Russell Westbrook, he’ll make the Garden exciting again. There will be a new electricity there.’ Well, there’s nobody to light up. There’s no fans – and there won’t be [until] the end of next season, maybe.

“I just don’t see where it gets them,” Beck continued. “What the Knicks need to be doing is thinking about where they are in three to five years and building a long window and building a sustainable, winning team – not getting the quick high that they regret later, which has tended to be their habit.”