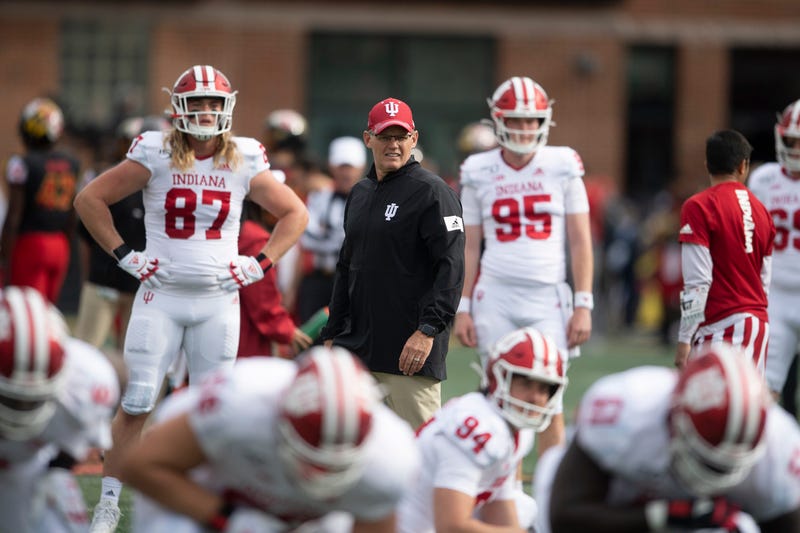 In August, the Big Ten did not think it was safe to play college football this fall. That changed this week, however, as the conference announced its fall season would begin the weekend of Oct. 23.

What exactly led to the Big Ten reversing course? Was it simply fear that other Power Five conferences would get through the season unscathed and the Big Ten would look foolish?

“Well, I’ve heard a lot of people say that the last couple days here, that they think that’s the reason we came back,” Indiana coach Tom Allen said on The Zach Gelb Show. “I would like to think – I’ve been on all these calls; other people have not been. There’s no question the conference had some issues to deal with on campuses with the testing piece. We were having challenges here. Contract tracing was a major challenge here, and it continued to be until [now]. We now have the ability to have rapid testing.”

The Big Ten will require student-athletes, coaches, trainers, and other personnel to take daily antigen tests. Any student-athlete who tests positive for COVID-19 cannot participate in games for at least 21 days.

Indiana’s entire team has not practiced together since June 15 due to COVID-19 and contact tracing.

“I think the rapid testing is a very distinct difference,” Allen said. “We did not have it in place on our campuses four or five weeks ago, and it changes everything with regards to knowing you’re going to have a clean field on your practice field or on your game field every single time you’re out there.”

Still, it wouldn’t have been a good look for the Big Ten if it remained on the sidelines and the ACC, SEC and Big 12 were able to have a season.

“Just being honest and being real, I think there’s no question it created some pressure,” Allen said. “I also feel like it was a positive pressure. We saw people were able to do this and have success with it and be able to play football at the high school, collegiate and professional level. Now there’s been some challenges. Some games have got canceled. Some games have gotten postponed to later dates. But there’s no question in my mind that we’re in a different spot as a conference, and it’s for the better. . . . We feel like we have some things in place to really help the parents feel 100 percent confident, the coaches, the players.

“The bottom line is we just got to move forward,” Allen continued. “Whatever happened or didn’t happen for different reasons, I think we got to be able to put that behind us, band together and go have a great 2020 season and let our players have a great experience.”