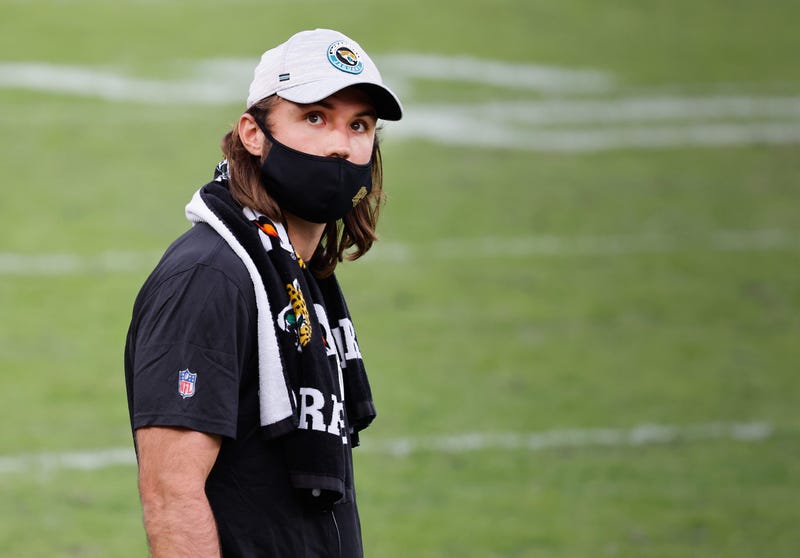 In Week 13, Jacksonville Jaguars quarterback Gardner Minshew was active for the first time since Oct. 25. Unfortunately for him, he didn’t get a chance to play.

Minshew, who missed Jacksonville’s previous four games due to a thumb injury, was relegated to backing up Mike Glennon against the Minnesota Vikings on Sunday. The Jaguars lost, 27-24, to fall to 1-11 on the season.

Many analysts, including former Jaguars quarterback Mark Brunell, believe Jacksonville needs to give Minshew another shot under center. Minshew, a sixth-round pick in 2019, would certainly appreciate that.

“I don’t know, man. You typically don’t want to see a guy lose his job to injury,” Minshew said on Tiki & Tierney. “As I’ve said, as I’ve always said, I just want a chance. Getting an opportunity to come back, I’d love it. We’ve still got four games left, and we’ve got a team that’s going to fight their tails off, so this thing ain’t done. I’m excited for whenever it is the next time I step out there.”

The Jaguars, who have lost 11 straight games, figure to have an early pick in the 2021 NFL Draft, which they may use on Justin Fields or another quarterback. If that happens, it wouldn’t be surprising to see Minshew get another opportunity elsewhere.

“Honestly, from the conversations I have with teams that I play against, it’s almost always, ‘Man, we love your heart. We love how hard you play,’” Minshew said. “This is the defensive guys who come up to me [after games]. About every team, man, they just say, ‘Man, we love how you play the game.’ I think I’ve built a solid reputation around the league.”

Minshew, 24, has certainly had his moments with Jacksonville. In fact, he has thrown 34 touchdowns to just 11 interceptions in 21 career games.

“That’s really stacking up with anybody,” Minshew said of his production. “But I am where my feet are. I’m trying to get back on the field in Jacksonville, trying to help us win in any way possible.”