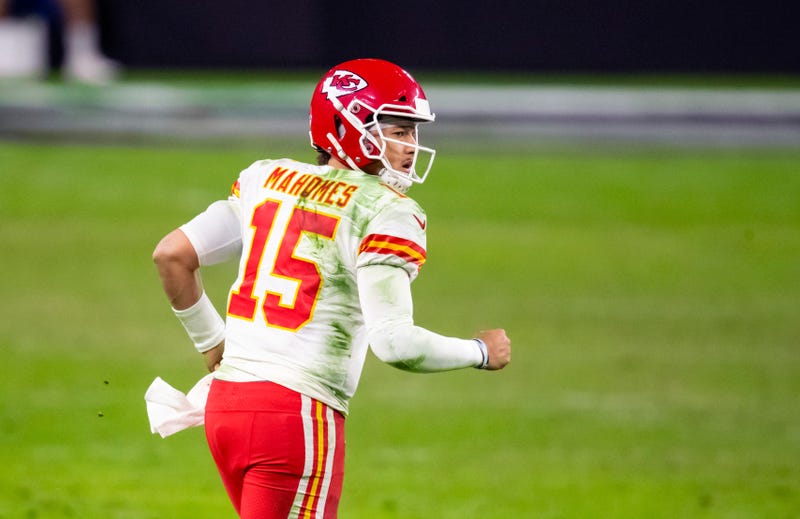 Patrick Mahomes has had a pretty successful run as a starting NFL quarterback. In his first season as a starter, he was NFL MVP. In his second season, he was Super Bowl MVP. And, now in his third season, he’s back in the Super Bowl.

As in, Michael Jordan.

“Well, [they have] pretty much the similar characteristics in terms of inspiring and firing up teammates,” Brown said on The DA Show. “I [covered] Michael when I was doing play-by-play and sideline reporting in the NBA. I got him his rookie year and the early years in Chicago. And as phenomenal a player as he was, it wasn’t until he had a supporting cast [that he started to win]. I know people will pay lip service to the expression, ‘It’s a team game,’ but it is a team game. In the early years, with all of the gifts and talents that Michael Jordan brought to the table, it wasn’t until he got some key parts there [that he won].”

Like Scottie Pippen. And John Paxson. And Steve Kerr. And Toni Kukoc. And so many others.

“Michael was certainly aware of when to go to some of that supporting cast so they could do what they did,” Brown said. “I remember as his game evolved, a lot of times he spent the first couple quarters getting the other guys involved so that their confidence level was high that they could contribute and not be left cold through the first three quarters and all of a sudden now you need them.

“Patrick does the same thing on the football field,” Brown continued. “Yes, it is about the trigger man, but he will get those guys involved in a New York minute, and boy, does he have enough weapons to go to so they can be counted on down the stretch. But if Patrick Mahomes needs to be the one to act like Michael Jordan, to deliver on his own, he can do that.”

Mahomes entered the AFC Championship with questions about his health. He was in concussion protocol just days before the game, and his mobility was clearly limited by a toe injury.

“This is a tough game, and he realizes it’s not all about him,” Brown said. “It’s about that sterling supporting cast that he has, so it would behoove him to get them engaged so they’re clicking on all cylinders.”