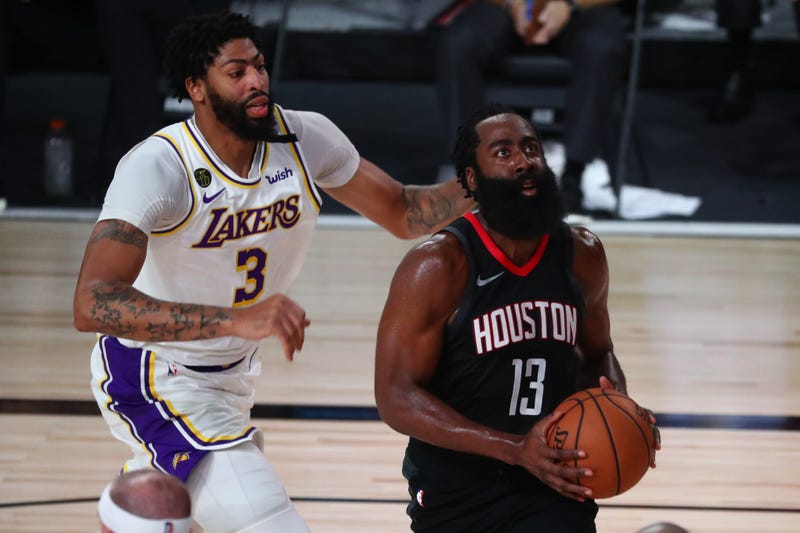 You know what they say: two’s company, three’s a crowd.

Well, the Nets could soon have a crowd of NBA stars, as James Harden reportedly wants to join Kevin Durant and Kyrie Irving in Brooklyn. Harden put his money where his mouth is, too, turning down a historic offer from Houston to try to team up with KD and Kyrie.

Should the Nets do whatever they have to do to acquire Harden? Or should they be hesitant?

“I think I would be hesitant,” NBA champion and SiriusXM NBA analyst Antonio Daniels said on Tiki & Tierney. “I understand that this is a star-driven league and you want to have as much star power as you possibly can. But some of the arguments that we make for this to work is some of the same reason it didn’t work in Houston. We say with the Brooklyn situation, ‘Well, [Harden] and KD are boys.’ Well, so were [Harden] and Russ [Russell Westbrook]. They were boys, too, in Houston, and that’s one of the reasons I thought it would work in Houston.”

It didn’t. The Rockets went 44-28 this past season and lost to the Lakers in five games in the conference semifinals.

“We said when they went to Houston, ‘Well, these two guys are both MVPs, and they’ll sacrifice for one another.’ It didn’t happen,” Daniels said. “So why would we think that James Harden going to Brooklyn would be any different? Are we saying that now he is going to go to Brooklyn and be okay with being a second or third option on some nights – when he wasn’t okay with being a second option sometimes in Houston?”

Harden is a ball-dominant player. So is Irving. Throw in a rookie head coach in Steve Nash, and the Nets could have a giant headache next season.

“Again, I understand this is a star-driven league. I completely grasp the concept,” Daniels said. “I’m just not sure how much this works as far as skillset because the league has become about putting the ball in your star’s hands and surrounding him with players whose skillset complements his. I don’t know how that looks or how that works in Brooklyn with those three stars together.”

Harden, by the way, might not be the main issue in this potential three-headed monster; it might be Irving.

On the flip side, it's entirely possible that Irving and Durant could welcome the former MVP.

“In today’s league, you never know,” Daniels said. “This is the most generous generation of basketball. I wouldn’t doubt it one bit if KD was okay with it. I wouldn’t doubt it one bit if Kyrie was okay with it. This is the most player-empowered generation that has been. You constantly hear guys and see guys talking to each other about, ‘Let’s team up. Let’s play together.’ This started with LeBron James back with Miami. He has set the precedent for everyone else moving forward.”