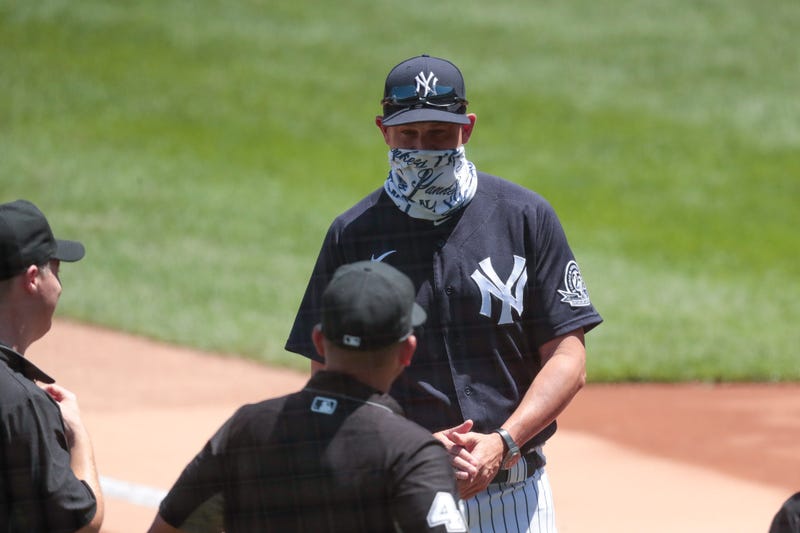 Major League Baseball completed its final round of COVID-19 intake testing last week, with 66 positive tests out of 3,748 samples. That is a positive rate of 1.8 percent.

Baseball fans can only hope that the infection rate remains low and that testing is timely and accurate.

“Let’s hope that they’ve got the whole testing thing down,” The Athletic senior MLB writer Jayson Stark said on After Hours with Amy Lawrence. “That wasn’t going so hot initially. That was a combination of circumstances. I’m willing to give them a little benefit of the doubt, but they have to make this work. Just think: if you ever ran into a situation like what happened with the Nationals last week where the general manager has to put out a statement saying, ‘We don’t feel it’s safe to work out,’ – if that ever happened during the season, you have to start canceling games. That part of it has to get figured out.”

Still, a positive rate of 1.8 percent was considered a win, especially given some of the rates around the country.

“So far, so good, it seems like,” Stark said. “But I’m not an infectious disease doctor. Let’s just see where this goes. The biggest thing I think everybody worries about is internal spread of the virus inside a team. . . . One percent is at least normal. What you worry about is [if] there’s a round of testing and the [percentage] jumps up to three or four percent – or you have a team where it’s three, four, five, six people. That’s a real problem. If one team has to shut down and the league tries to keep going, it gets complicated fast.”

Indeed, MLB Commissioner Rob Manfred could elect to shut down a team significantly impacted by COVID. If the players don’t want to be shut down, though, the union could get involved and potentially file a grievance.

“Imagine that situation,” Stark said. “That’s a big worry. Here’s another thing: how long would they have to shut down? Say it’s one team. Say you can get that one team under control in a couple of weeks – but it’s a 60-game season. A team that misses two weeks when there’s so little opportunity to even make up the games – 15 games is 25 percent of the season. Imagine a Yankees/Red Sox race where the Yankees play 60 games but the Red Sox only play 45. In football, imagine the Packers play all 16 games but the Vikings only play 12 and the Vikings have a better [winning] percentage.

“There’s so many odd ramifications,” Stark continued. “But as I keep trying to remind myself, if the only thing that we lose in this baseball season is games, it will have been okay.”