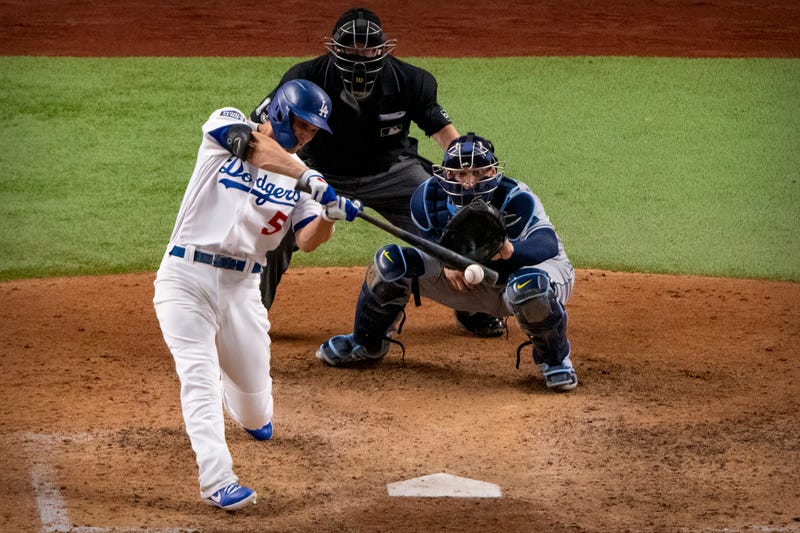 In 2013, Jerry Hairston Jr. was in the midst of his final season in the big leagues and completing a rehab assignment in the minors. That’s when he met Corey Seager.

“I got a chance to see Corey Seager as a 19-year-old kid in A-ball,” Hairston Jr. said on Reiter Than You. “He hit behind me for three days, [and] I couldn’t believe how great he was as far as going the other way, hitting everything on a line. I’m like, ‘Who is this kid?’ They go, ‘He’s our No. 1 pick from last year.’ I go, ‘He has the best swing in the organization right now.’ He’s carried it over the last fix, six years into the big leagues.”

Seager, 26, was NL Rookie of the Year in 2016. A two-time All-Star, he was named NLCS MVP after the Dodgers beat the Braves in a seven-game thriller.

“Right now he’s their best hitter,” Hairston said. “He kind of reminds me of Cal Ripken. I call him the West Coast Cal Ripken. He’s very quiet, and when he does talk, people listen. But he goes about his business. He is so solid defensively. He has grown leaps and bounds. . . . They’ve made him into a very good defensive shortstop, and you’ve seen what he can do with the bat. Outstanding player.”

Seager will try to lead the Dodgers to victory in Game 3 of the World Series on Friday. Los Angeles won Game 1, 8-3, on Tuesday but lost Game 2, 6-4, on Wednesday.

Hairston, who won a World Series with the Yankees in 2009, expects a long series.

“I was playing golf yesterday, and after the Game 1 victory a couple of [friends said], ‘Oh this is going to be an easy series,’” Hairston said. “I go, ‘Guys, you have no idea. This Rays team is very tough. I expect it to go at least six games. Hopefully the Dodgers will play good baseball and figure out a way to win this series.’”