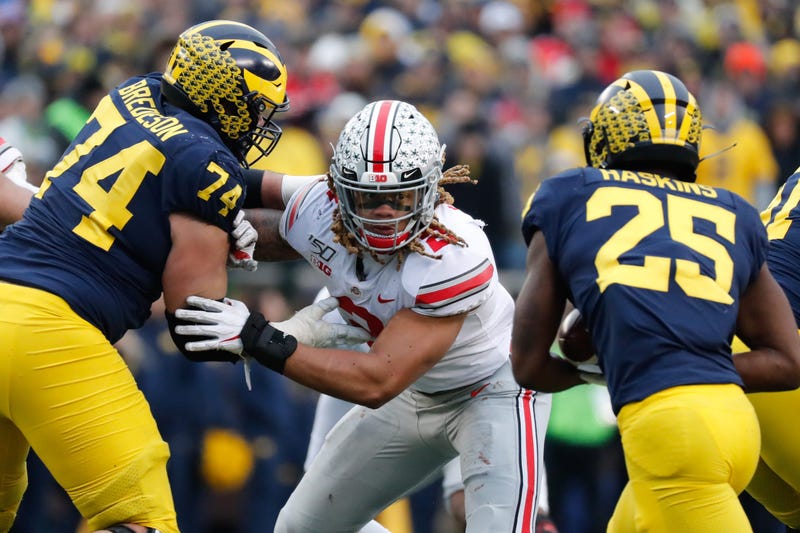 With NFL Draft buzz heating up, there is speculation that the Washington Redskins could take Tua Tagovailoa, not Chase Young, with the No. 2 overall pick.

Joe Theismann, however, doesn’t think that would be the right move.

“I just don’t place much credence in it,” Theismann said on The Zach Gelb Show. “It really doesn’t make any sense to trade Dwayne Haskins. First of all, who would trade for him because you don’t know how good he is yet. He’s played a limited amount of football games, and Tua is coming off of hip surgery, bad ankles – so you don’t know what his physical condition is like. To me, Joe Burrow goes No. 1 to Cincinnati; Chase Young goes No. 2 to the Washington Redskins. Those are things that I think you can put your head down at night and sleep on and say, ‘When I wake up the next morning, those two things will have taken place the day of the draft.’”

Tagovailoa, who led Alabama to a national championship win as a freshman and was Heisman runner-up as a sophomore, carries significant injury risk. Young, meanwhile, was a game-wrecker at Ohio State.

“You can’t pass on Chase Young,” Theismann said. “And here’s another reason why: you’re going to a 4-3 defense. With Jack Del Rio there, they already said they’re going to a four-man front. . . . You’ve got [Montez] Sweat, you’ve got Daron Payne,  you’ve got Jonathan Allen, you’ve got Matt Ioannidis, now you add Chase Young to it. There isn’t anybody over 26 years old in that defensive line. All you need to do is take a little bit of a template with what we saw with the San Francisco 49ers last year. Their defensive line drove that defense. [Nick] Bosa was a guy who comes from the same place. He was a wrecker.

“I just think it would make absolutely no sense whatsoever to pass on Chase Young if he’s there at 2,” Theismann continued. “It fits into what your philosophy is. You need this type of speed on the field. You need this type of football player – more than you need a quarterback who has a series of questions about whether he’s going to be able to play. There’s way too many questions and speculation.”

But what if Tagovailoa were healthy? Would this conversation be different?

“I don’t think Tua’s arm is that strong,” he said. “I think you have to consider the injury factor. If the Redskins had the No. 1 pick, and with the way they’re setting up this football team to be right now, I would probably look at Chase Young. But I certainly would give consideration to Joe Burrow. . . . It just doesn’t make any sense to trade [Haskins], in my opinion. It wouldn’t make any sense whatsoever.”