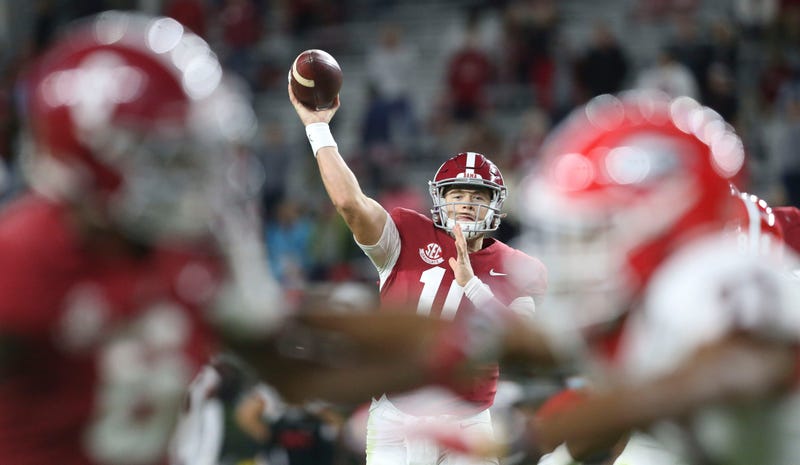 For years, college football fans clamored for a playoff, and eventually they got it. Four different programs – Ohio State, Alabama, Clemson and LSU – have won the national title in the six-year history of the playoff, which offers no shortage of drama and intrigue.

“I think that the College Football Playoff, while interesting, has actually . . . hurt the sport,” Klatt said on Tiki & Tierney. “The bar has been raised to a point where if you’re not in the playoff or you’re not at the top end of the playoff and winning the national championship, then we just want to write you off and say, ‘You’re no good to begin with.’ In reality, there are great achievements going on all the time.”

Notre Dame, for example, is vying for its fourth consecutive 10-win season – something that has never been done in program history. Yet the Irish have only made the playoff one time, in 2018, and were blown out by Clemson.

“What Notre Dame is doing right now is really good,” Klatt said. “Brian Kelly has them playing at a very high level in particular with their history, and yet we tend to minimize that in our analysis of Notre Dame currently because we don’t feel like they can beat Clemson or Alabama. I think that that might be unfair to Notre Dame to a certain extent, and we fall into this trap all the time when we’re talking about, ‘Well, who else can go to the playoff?’ And anyone that can’t is all of a sudden no good.”

“I can’t wait to see Ohio State,” Klatt said. “I think that they’re talented enough to be right in there on that tier, but we’re going to have to see them play. I’m very excited to see them, in particular their quarterback, Justin Fields.”

No. 5 Ohio State is vying for its fourth playoff appearance in seven seasons. It opens the season at home against Nebraska this Saturday at 12 p.m. ET.