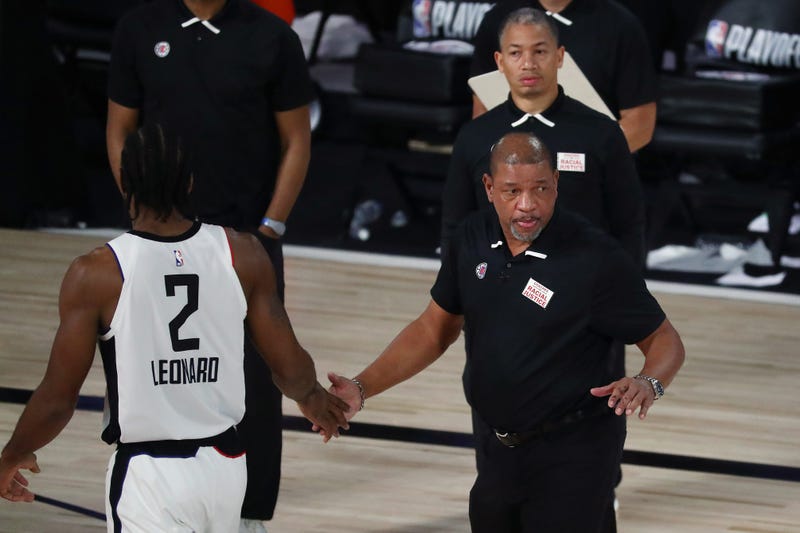 Doc Rivers and the Los Angeles Clippers parted ways Monday, this after blowing a 3-1 lead to the Denver Nuggets in the Western Conference semifinals. Rivers led the Clippers to the playoffs six times in seven seasons but was never able to reach the NBA Finals – or even the conference finals.

"Doc Rivers deserves his share of the blame. Doc Rivers deserves part of this loss,” JR said. “But if you’re asking me, the players are the ones on the court, and if you can’t show up and put the ball in the hole, I’m not going to blame Doc for that.”

More changes could be coming, too.

“The team might be different [next season],” JR said. “Montrezl Harrell might not be a part of the squad next year. Do you expect another Sixth Man-type year from Lou Williams? This guy was being targeted defensively. What is it going to look like with Kawhi and Paul George? You don’t think if next season doesn’t work out in a Western Conference that is going to be equally as difficult – now you have to account for the Golden State Warriors on a comeback. Where are the sunny skies supposed to be for the Clippers?

JR expects the Clippers to make the playoffs for the ninth time in 10 seasons next year. But he doesn’t think they’ll win an NBA title.

“I don’t care who coaches this squad. I wouldn’t be surprised if they went out there and ran you up another 50 wins,” JR said. “But at the end of the day, are they going to compete for a title? I don’t think so. It ultimately is going to look like the same old Clippers, and unfortunately in this regard, Doc Rivers had to be the one to fall on the sword. He’s gone, and he deserves the blame, but he players deserve more.”