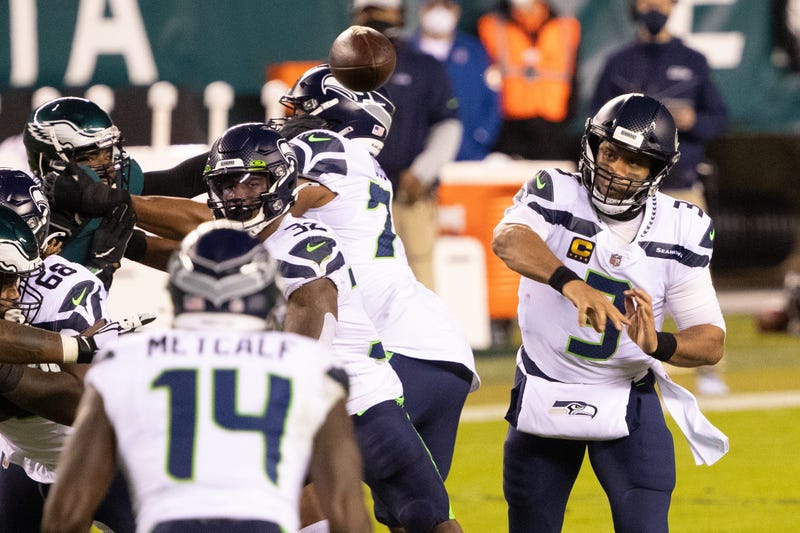 The Seattle Seahawks are in a good spot. They are 8-3, they are atop the NFC West, and they trail the New Orleans Saints (9-2) by one game for the top seed in the NFC.

But can they get back to the Super Bowl for the first time since 2014?

That team, of course, had the Legion of Boom. Richard Sherman. Kam Chancellor. Earl Thomas. The list goes on. That unit led Seattle to a 43-8 win over the Denver Broncos in Super Bowl XLVIII. It was pure dominance from start to finish.

In those days, though, Wilson was more or less a game manager.

“Russell Wilson was the ‘don’t mess the game up’ [quarterback],” JR said. “The next go-around, Pete Carroll, he had a brain fart against the New England Patriots. He decided to make sure that Russell Wilson gave the ball to Malcolm Butler instead of giving it to Beast Mode.”

The Seahawks have made the playoffs in four of the last five seasons but have never returned to the Super Bowl. Or even the NFC Championship.

“So as we watch the remainder of this season, Pete Carroll is high on the Seahawks defense,” JR continued. “Me, not so much. But I hope the defense can improve. I hope Russell Wilson does have an opportunity to get some help besides the offensive side of the ball because they are finally letting Russell Wilson cook. I think people are finally starting to pay attention to how great Russell Wilson is.”