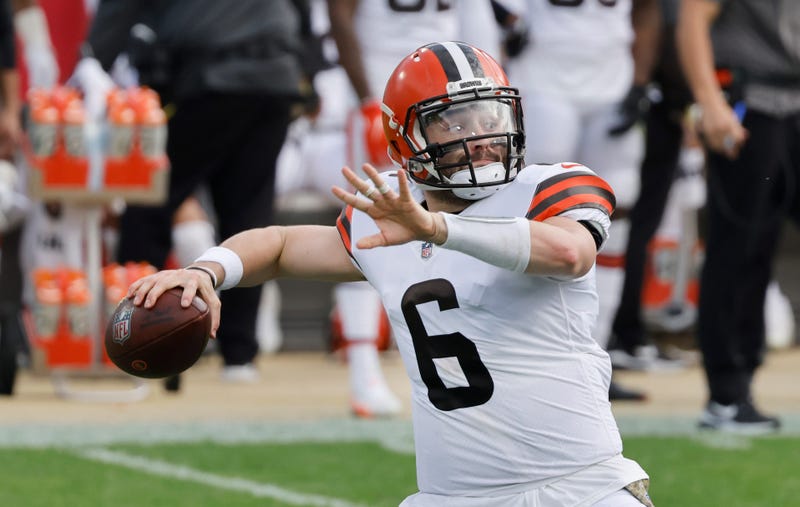 The Cleveland Browns beat the Tennessee Titans 41-35 on Sunday. It was their fourth straight win, and they are 9-3 for the first time since 1994.

Cleveland actually led the Titans 38-7 at halftime but allowed Tennessee to get back into it. The Browns have won five of six overall and “deserve credit,” JR said.

But that doesn’t mean he trusts them.

“They have played better, but let’s see you continue to do this,” JR said. “You take a look at Baltimore. They were [14-2] last year. You know what they haven’t done? They have not beat anybody that is good. Baltimore has gone up against good competition, teams that are at their level or better, and they haven’t gotten the job done.”

Indeed, the Ravens (6-5) have lost to the Chiefs, Steelers (twice), Patriots, and Titans. They have lost four of their last five games – all by six points or fewer.

“Let’s see what the Browns can do,” JR said. “[Kevin] Stefanski just got here as a coach. Baker Mayfield is still relatively fresh meat after running around now for three years. What are you guys going to do? What are you going to be? Just prove it. I’m happy that the Browns aren’t a dumpster fire anymore. Continue [on that path]. Get better. Prove that you’re not. You guys can believe it. There’s a lot of people who believe they’re something and they sure as hell aren’t. So that’s it. It’s really that simple.”