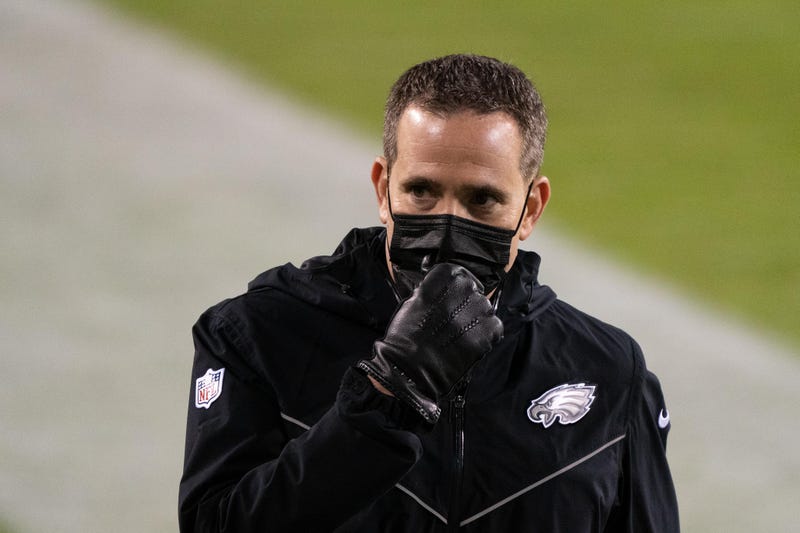 The Philadelphia Eagles have decided to move on from Doug Pederson, but JR SportBrief believes someone else deserves to be kicked to the curb:

“[Earlier this season], I sat right here on the air on CBS Sports Radio and I said Howie Roseman has made enough mistakes, and Doug Pederson – it’s a package deal potentially here. Both of them could be gone out of Philadelphia,” JR said on CBS Sports Radio. “Never did I think that Doug Pederson would be a gone and there would not be a word about Howie Roseman. He is just going to keep this position for life – or until he decides to hire a general manager.”

Pederson got canned. Roseman, meanwhile, appears to be safe.

“Some people, it really doesn’t matter how awful of a job you can do,” JR said. “This really boils down to any job you can think of in America. There’s always someone kissing up, sucking up to the boss who does an awful job, a terrible job. But everybody else has to pay for it – and that’s the case of what’s going on here in Philadelphia.”

Many Eagles fans, in fact, blame Roseman – not Pederson – for the mess in Philadelphia. Pederson made mistakes, sure, but the roster is in disarray. The cap situation? A disaster.

“Howie Roseman is so entrenched, he is so stuck – probably to the backside of Jeffrey Lurie – that he doesn’t have to take any accountability for the mistakes that he’s made,” JR said. “This is the NFL. You guys thought you did yourselves a service by winning the Super Bowl. Yeah, how about that was a one-off? How about Doug Pederson deserves credit for having to adjust his entire team – or at least the offense – when Carson Wentz, who is now a head case, went down with his injury. Pederson deserves a lot of that credit – and Howie as well.