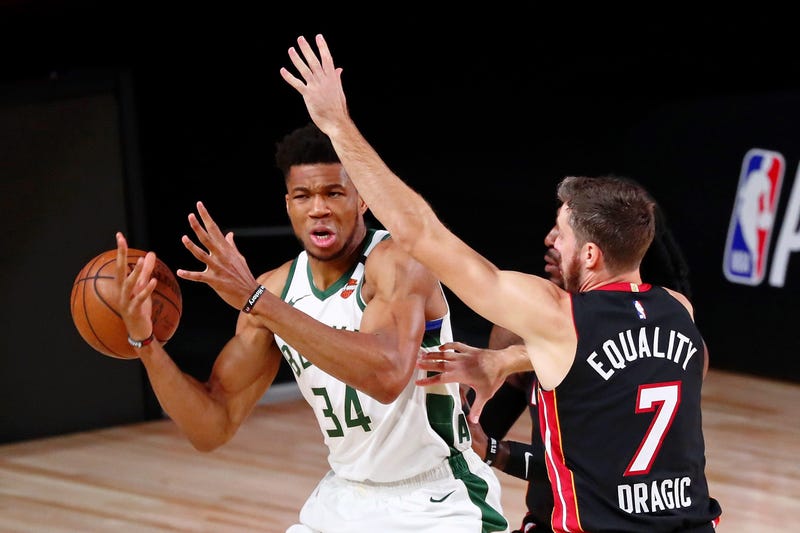 The Milwaukee Bucks were eliminated from the postseason on Tuesday, this after losing Game 5 of their second-round playoff series to the Miami Heat, 103-94.

Where they go from here is anybody’s guess.

“Their future is in trouble,” JR SportBrief said on CBS Sports Radio. “That’s as clear as I can say. Yeah, it’d be nice if Giannis stayed in Milwaukee. That would be amazing. But you know what would happen? He would lose. Unless he got in new players and potentially a new coach, he would lose.”

Antetokounmpo, who will likely be named NBA MVP for the second straight season, can become a free agent in 2021. The Bucks won just one game against Miami – Game 4, when Antetokounmpo exited with a sprained ankle.

Charles Barkley knows what that’s like. So does Karl Malone. So does Steve Nash. So does Russell Westbrook. So does James Harden.

Antetokounmpo, of course, has plenty of time to win a ring. But what he’s done so far hasn’t worked.

“He’s 25. He’s accomplished a lot,” JR said. “But he needs to add on to his game or at least have some complementary players who can help him in his skillset and hide how one-dimensional he has been.”