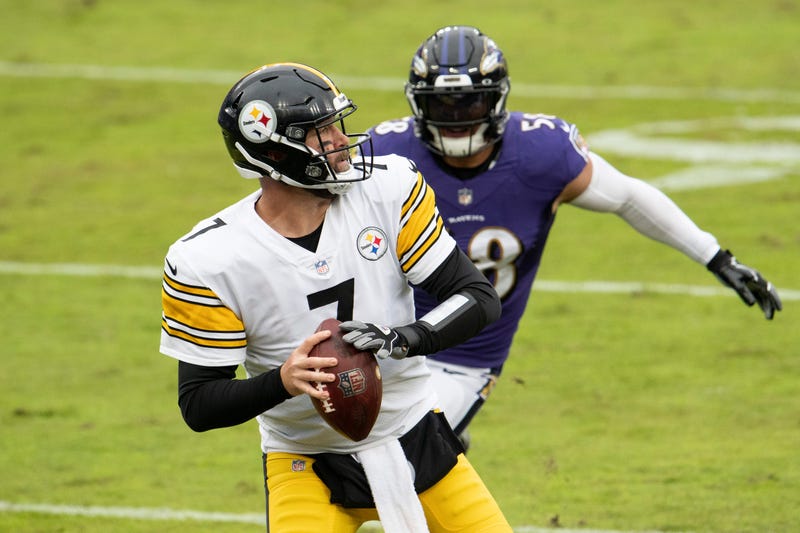 The Pittsburgh Steelers placed four players, including quarterback Ben Roethlisberger, on the reserve/COVID-19 list Tuesday. It is unknown if these players tested positive for coronavirus or if they were in contact with someone who was infected.

Either way, the NFL could see a rise in COVID-19 cases as the weather turns.

“Every minute that’s missed, every game that’s potentially missed by Ben Roethlisberger, we’re missing the end of this guy’s career,” JR SportBrief said on CBS Sports Radio. “But in a larger sense, the NFL – I’m not ready to sound alarm bells – but the NFL has already prepared for things to potentially get worse. The NFL is not in a bubble. This ain’t the NHL. We are not at Disney playing basketball with Mickey Mouse. We are at a space in sports right now where sports – I’m not going to say is ready to be threatened – but can I say that we’ve been spoiled? I think I can.”

When the NCAA Tournament was canceled in March, many people thought it was an overreaction. Since then, however, more than 240,000 Americans have died of COVID-19.

Nevertheless, most major sports leagues, including the NFL, have been able to have some semblance of a season.

“Months ago, there was a legitimate point in time – in March, in April, in May – where we had no sports,” JR said. “You had to think about whether we were going to have a return, whether we were going to crown a champion – and here we have it. Los Angeles is out here crowning two champs. We got Augusta this weekend. We have a lot going on in the world of sports. . . . But just don’t take it for granted.”

The Steelers (8-0) are the last remaining unbeaten team in the NFL, as Roethlisberger, 38, has completed 68.1 percent of his passes for 1,934 yards, 18 touchdowns and four interceptions.

“If I’m the Pittsburgh Steelers and I got to put my most important player on the COVID list, yeah, we don’t know if he tested positive. Let’s hope that he doesn’t. I’m not going to sweat it all that much,” JR said. “But if I’m the NFL, if I’m the league, if I am every single team, yes, I am concerned. Yes, I am worried. And the NFL has been so thoughtful about this that they have expanded the playoffs. Should the Steelers and the NFL worry as we get into winter? I’m not saying worry, but . . . they better be prepared – and that’s what they are doing.”