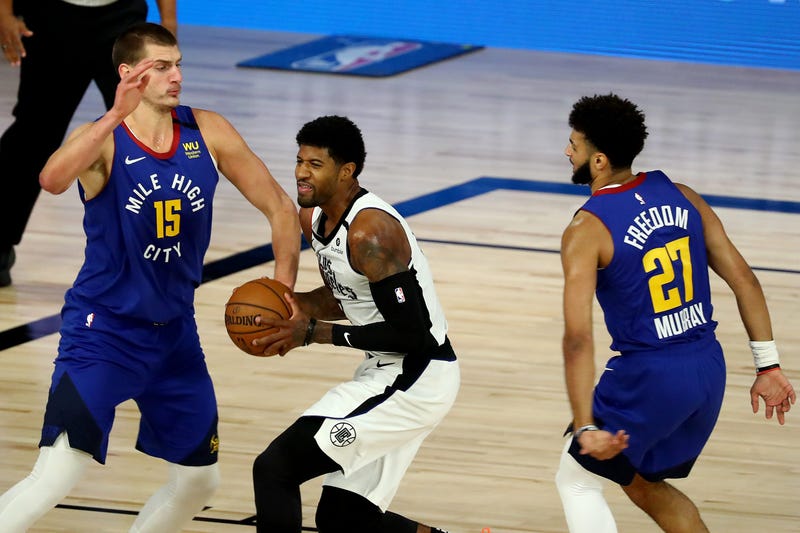 The Los Angeles Clippers and Paul George have reportedly agreed to a four-year, $190 million contract extension that will keep George in L.A. through at least the 2023-24 season.

George can make up to $226 million over the next five seasons.

Naturally, the NBA world was quick to react to the deal on social media. In fact, it didn’t take long for “Playoff P” to become “Pandemic P,” which perhaps should not be surprising.

The Clippers, one of the best teams in the NBA last season, flamed out in the second round of the playoffs. George has since made various excuses for not living up to expectations.

“Would I honestly be surprised if the Clippers won a title over the next several years with Paul George and Kawhi? No, I wouldn’t,” JR said. “Why? Because talent can generally win out. But what Paul George has not done, he hasn’t proved it. Now he has to prove it. You gave yourself the nickname Playoff P. You talked the trash to Damian Lillard. You threw your own head coach, Doc Rivers, under the bus. You didn’t look at how much talent you had but actually said, ‘We just didn’t have time to gel.’”

At this point, JR doesn’t want to hear excuses from George. He wants to see results.

“We can look at the bubble – and you said it was a difficult thing to play in it,” JR said. “But ultimately, you did so much talking, you have backed yourself into a corner and you have put additional pressure onto yourself outside of what your play on the court didn’t do – and that’s show up. So Paul George, congratulations, one of the best players in the NBA getting all that money: $226 million dollars. Congratulations for someone who broke his leg years ago. But now, all that talking that you did, your ass has to back it up. Otherwise you will never hear the end of it."