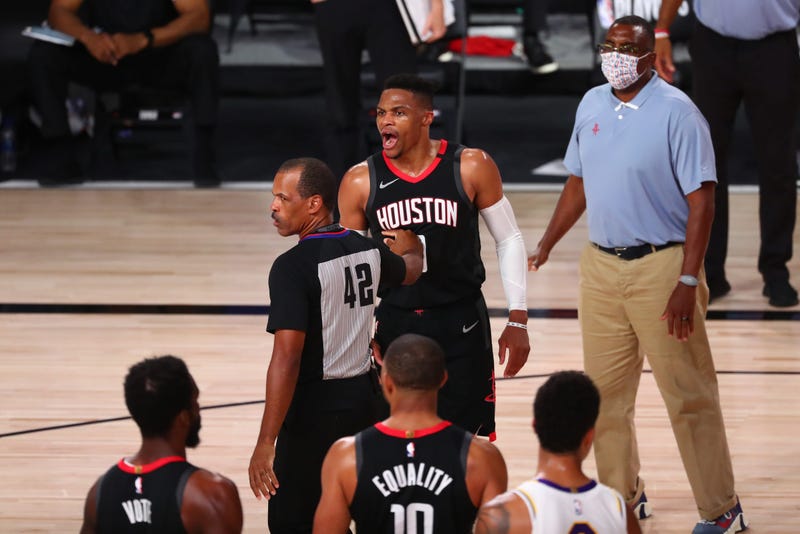 Russell Westbrook reportedly wants out of Houston. There’s just one problem: interest in him is likely somewhere between minimal and non-existent.

“I don’t know what team would work for Russell Westbrook, and that’s a shame,” JR SportBrief said on CBS Sports Radio. “I’ve even heard things about how maybe the Milwaukee Bucks need to take a look at Russell Westbrook just to let Giannis Antetokounmpo know, ‘Listen, man, we’re going for it. We got you another MVP. This is what’s going to help you guys get over the hump.’”

The Bucks have finished with the best record in the league two years in a row but were unable to reach the NBA Finals in either season. This past season, in fact, they weren’t even able to reach the conference finals.

Antetokounmpo and Westbrook can both be dominant, no doubt. But both do most of their damage near the rim, and neither is a great shooter from the outside.

“Is it really a good idea to put a guy who’s a point guard who also can’t shoot on the same team with him?” JR asked. “Sounds like a bad combo for me.”

The New York Knicks are reportedly interested in trading for Westbrook, but that would likely be a combustible situation for all parties involved.

“So it’s a sad situation for Russell Westbrook, someone who’s a future Hall of Famer, someone who gave you three consecutive seasons of triple-doubles,” JR continued. “But at this point of his career, [32] years old, three years and $130 million left on his contract – would you add Russell Westbrook to your team? Is there a fit for Russell Westbrook? I say no. I’m staying away from this guy. It doesn’t matter if I’m a contender; it doesn’t matter if I’m a young team. Russell Westbrook is good for putting up numbers, missing three-pointers, going to the playoffs and being eliminated. And by the way, he also wants to handle the basketball and run the offense more. We saw that in OKC. How did it work out? Triple-doubles and a whole lot of nothing.”