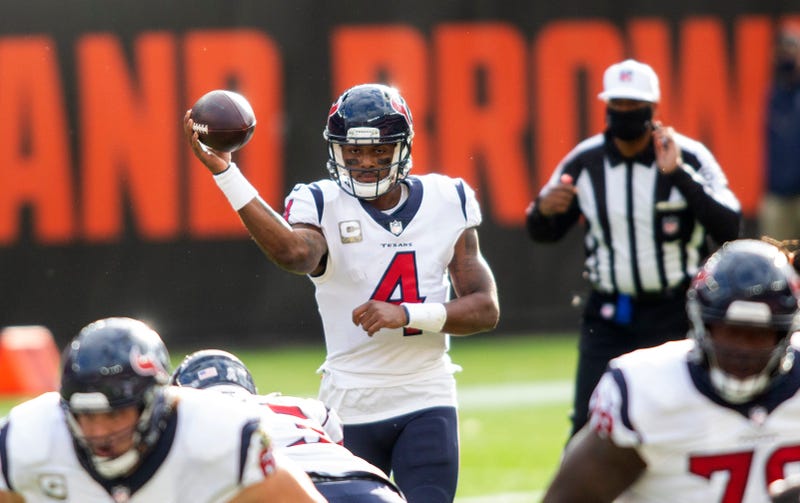 It remains to be seen where Deshaun Watson will play in 2021, but JR SportBrief does not think it will be in Houston.

And for that, he says, the Texans have no one to blame but themselves.

“The Texans should move on,” JR said on CBS Sports Radio. “You’re not guaranteed to have a quarterback as good as Deshaun Watson. Well, guess what? It hurts. You did it to yourself. You should look in the mirror, the fact that this man wants out.”

Watson signed a four-year, $160 million extension with the Texans in September. Four months later, however, the two sides could be headed for divorce.

“He at one point did sign the contract,” JR said. “He at least felt there might have been a future there. He didn’t leverage you for another deal. He didn’t hold out. He took the money like most of us would do, and he committed. He wants out already? That’s the Texans’ fault, not Deshaun’s.”

The Texans have made a series of puzzling decisions over the last 12 months. They finished 4-12 this season, and owner Cal McNair told Watson he would have input on the Texans’ search for a new general manager and head coach.

So far, that hasn’t really happened.

“He should be able to find a new destination, whether that’s with the Jets or whether that’s with the Niners,” JR said of Watson. “I don’t know if the Saints even have enough draft capital to try to trade for the man, but he should get an opportunity to go somewhere else. And for all their ridiculous decisions, unfortunately Deshaun Watson leaving is probably going to be the final step. But Cal McNair has nobody to blame but himself.”

Ultimately, JR does not know where Watson will end up, but he believes Watson’s days in Houston are numbered.

“I’d be surprised at this point if Deshaun Watson is with the team in September,” JR said. “This is going to be solved sooner than later. I don’t know if you’re going to pacify Deshaun Watson – and if they did, I’d be surprised. Because based on everything that they’ve done, it’s time to let it go. Get some assets, get some draft capital and start over – because it’s already ugly in Houston.”