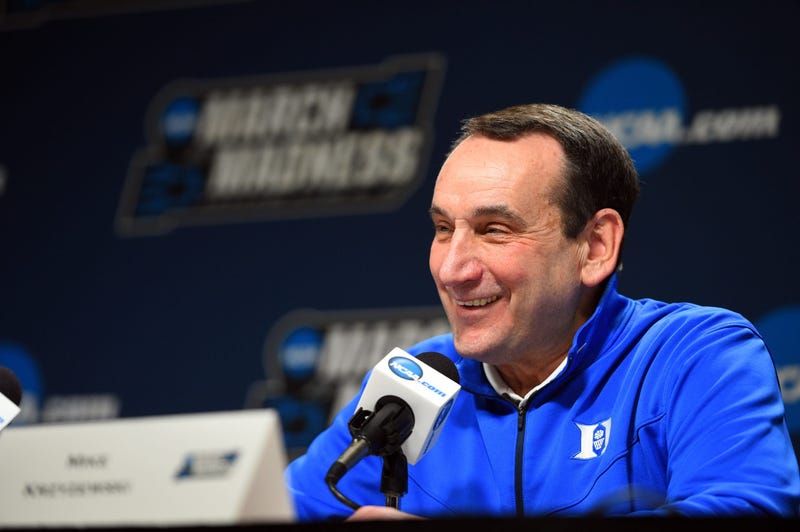 While the 2020 college football season is on the rocks, the NCAA has said that March Madness will occur in 2021. Duke coach Mike Krzyzewski said the same.

It would be great to have the tournament, especially after March Madness was canceled in 2020, but will the NCAA actually figure out a way to do it?

“The NCAA, they have a lot to figure out over the next month, over the next several months,” JR said on CBS Sports Radio. “How the season goes, who knows? We may not even have a full 64. We don’t know where the world is going to be in March, let alone the next month. We’re all living in the great unknown, but at least the NCAA has laid out a plan.”

NCAA senior vice president of basketball Dan Gavitt said that the coronavirus will not prevent the tournament from transpiring. If the NCAA has to adjust on the fly, then so be it. But there will be March Madness in 2021, he says.

“I would hope with all the leagues that have been active – we see the Champions League, they’re now down to their championship game this upcoming Sunday,” JR said. “We see the NBA, the success that they’ve had in the bubble. The NHL has had success in their two sites. Major League Baseball seemingly has taken some of their punches and hits, [but] they’re still rolling right now. And the NFL, they’ve had the ability to watch. Well, you want to talk about March Madness, yes, they obviously have to almost coordinate with the NBA and look at their schedule – When does the season start? When is the draft for next year? What does next season look like? – there’s so many questions there.

“But given that March Madness is so far away, I’d be surprised if we didn’t have a college hoops tournament,” JR continued. “As a matter of fact, I expect some type of college hoops tournament. The only thing that stops that from happening is if for whatever reason college basketball has to bite the dust for some type of reason over the next several months – and even then, I think the NCAA will find some type of way to produce that tournament. Because when it comes to the advertising money that’s generated, we’re talking close to a billion dollars. Everybody’s had to bite the bullet here in 2020, but the NCAA – like Coach K said – they’re not trying to wipe out two tournaments. Not. Gonna. Happen. It doesn’t matter if they have to cut it down to 32. They’re going to try to play some basketball.”