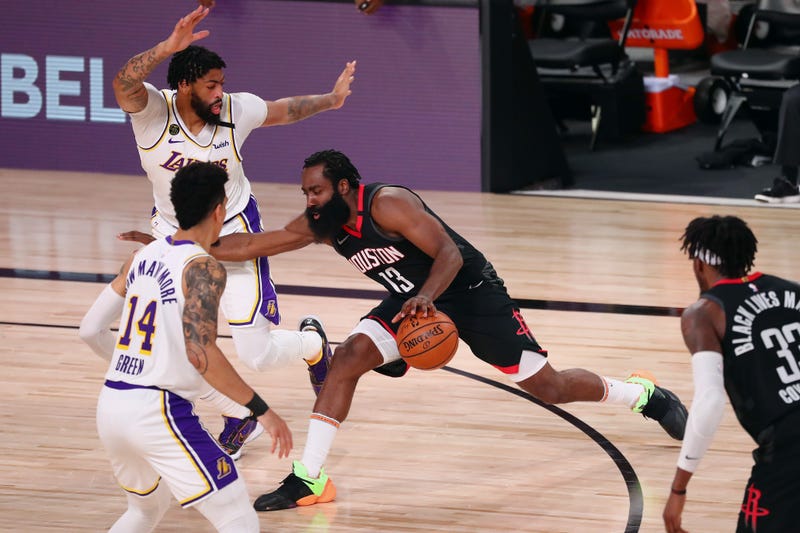 The Houston Rockets lost Game 4 of their second-round playoff series with the Los Angeles Lakers, 110-100, on Thursday. The Rockets have lost three in a row since winning Game 1, as James Harden is staring at yet another early playoff exit.

It isn’t difficult to see why.

“The Rockets’ style of play will work on a playground. It will work in the regular season,” JR SportBrief said on CBS Sports Radio. “They went on a stretch where they got some of those big men out of the way and allowed James Harden and Russell Westbrook to operate and get in the paint, but sometimes you got to go by the eye test. If I’m in the gym and I see a team walk in and I say, ‘These guys are pretty damn big’ – if you’ve got some skilled small guys, you can put up a fight. But ultimately, if the big guys are just as skilled, I’m going with size. It’s not a difficult thing to go ahead and look at.”