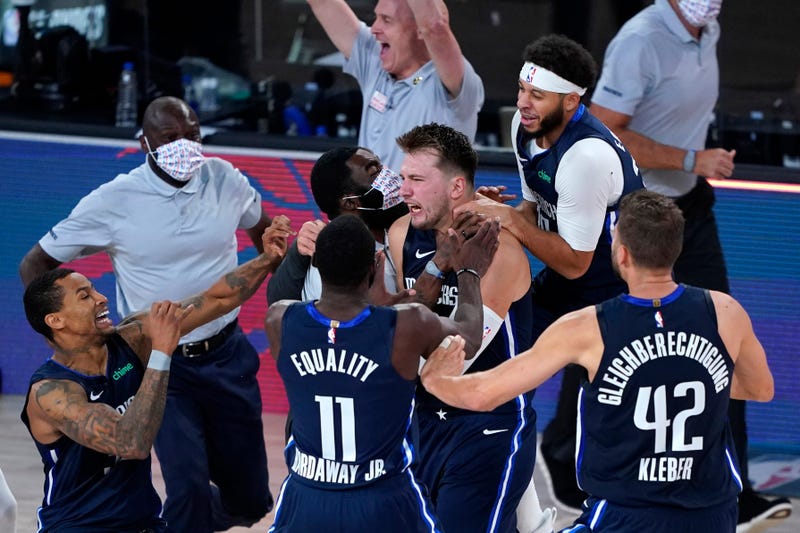 The legend of Luka Doncic took a giant leap forward Sunday, as the 21-year-old drilled a three-pointer at the buzzer to give the Mavericks a 135-133 overtime win over the Clippers to even their first-round playoff series at 2-2.

NBCSports.com lead NBA writer Kurt Helin wasn’t surprised the ball went in. In fact, he knew the Clippers were in trouble before Doncic even attempted the shot.

“My reaction started the second he got the ball inbounds,” Helin said on After Hours with Amy Lawrence. “The Clippers switched everything, didn’t fight through it, and left Reggie Jackson at the point. Reggie Jackson just can’t guard anybody. He’s just not an NBA-level (defender). This is where they miss Patrick Beverley badly. Doc Rivers said after the game if they were going to switch on Luka, the goal was to deny the pass; at least make it really difficult for him to get the ball inbounds, don’t let him get to his spot.”

“Reggie didn’t do that,” Helin said. “Luka caught it comfortably and then got to take his shot. Yeah, it was from eight miles out. I don’t want to take anything away [from him]. But he got to get to his spot. He likes his step-back to the left, which is what he got to do. He got as clean a look as he was going to get at it. You can’t [allow that]. On a team with Paul George and Kawhi Leonard and Marcus Morris – really good defenders – one of them has got to be on him. Luka might still make the shot, but man.”

Doncic was once again the best player on the floor, finishing with 43 points, 17 rebounds and 13 assists. Leonard scored 32 points for the Clippers, but George scored just 9 points on 3-of-14 shooting, including 1-of-7 from three.

As Helin noted, George – or Leonard – should have guarded Doncic on the final sequence.

“The second that [happened], I [yelled], ‘You’ve got the wrong guy on him! He’s going to do this! You can’t have that switch!’” Helin said. “And then boom. It’s phenomenal. That guy, he’s just unfazed by the moment. Some players are not only not fazed by the moment, but Luka seems to enjoy it. ‘Oh, hey, now the game’s tight, it’s close, it’s tense – this is the fun part.’ There’s just not a lot of guys like that.”