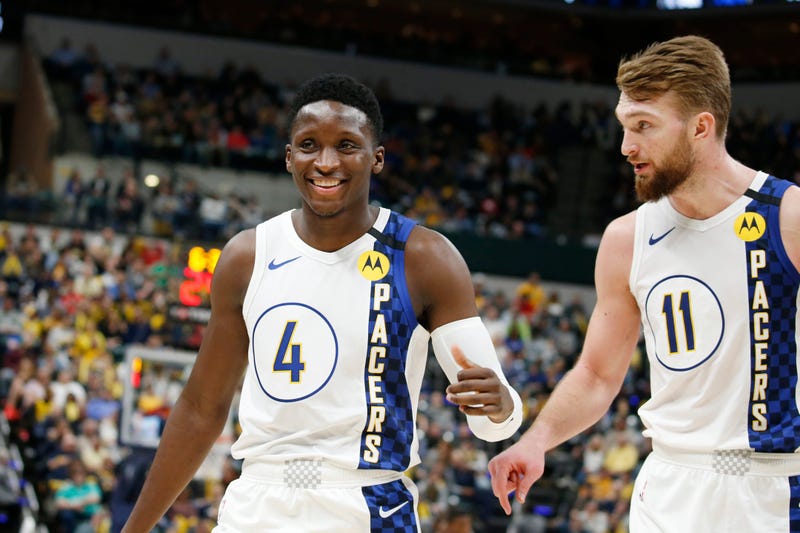 Despite playing almost the entire season without two-time All-Star Victor Oladipo, the Indiana Pacers have stayed afloat in the Eastern Conference. They are 31-20 and currently the fifth seed in the East.

Is there a more underrated coach in basketball right now than Nate McMillan?

“No, not at all,” Kendall Gill said on The Zach Gelb Show. “Nate was my teammate in Seattle for a couple of seasons, and I knew back then what a great basketball mind he was going to be. He just got Victor Oladipo back and they continue to play well.”

“That team is a well-oiled machine,” Gill said. “The Holiday brothers [Aaron and Justin] coming off the bench, they got everything, [Domantas] Sabonis stepping up this year and becoming an All-Star – if I’m any NBA team, I do not want to face the Indiana Pacers in the playoffs.”

That includes the Toronto Raptors (37-14), who have won 12 straight games and have the second-best record in the East despite losing Kawhi Leonard. Masai Ujiri is one of the hottest commodities in the NBA, and the Knicks – who will finish with a losing record for the seventh straight season – are expected to make a run at him.

“The Knicks need somebody like Ujiri to rebuild their franchise,” Gill said. “Wherever he goes – when he was in Denver, he built a winner; he goes to Toronto, he builds a winner. You lose one of the top-three players in the league and still your team remains on top. That guy knows what he’s doing. That’s why the New York Knicks will probably go after him.”