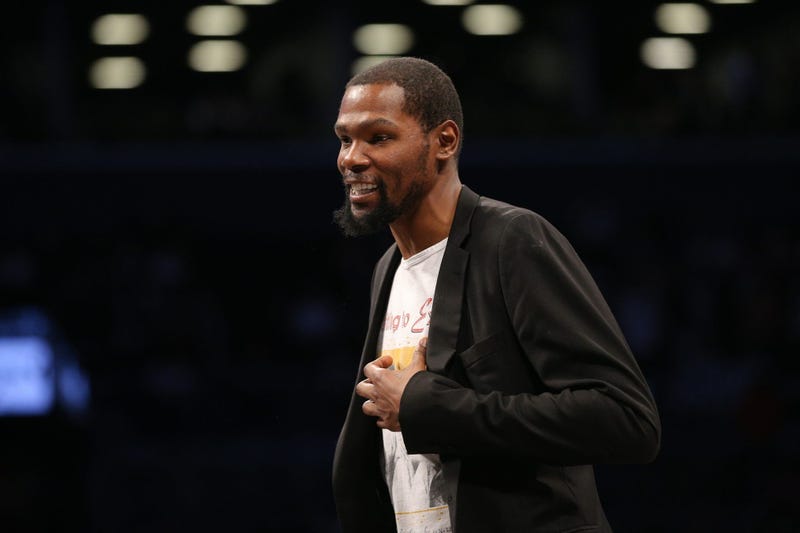 For all intents and purposes, the 2019-20 NBA season is a lost one for the Golden State Warriors (12-45), who have the worst record in the league, and the Brooklyn Nets (26-30), who, despite being a playoff team, are not championship-caliber.

Next year, however, should be a different story for both franchises, as Kevin Durant, Kyrie Irving, and Klay Thompson will return from season-ending injuries. Assuming both squads are fully healthy next year, which one will be more dangerous?

“The Nets,” Kendrick Perkins said in studio on The Zach Gelb Show. “Listen, when you have Kevin Durant on your team, when healthy, he was arguably the best player in the world, and you add a Kyrie, who’s the ultimate Batman – we’ve seen that with LeBron James – I think those guys are going to be a force to reckon with. You can’t count Golden State out, but they’re in a tough, tough Western Conference. They don’t have a lot of money to go get a lot good pieces. But I do think Kevin Durant and Kyrie Irving, with the window that they have over the next three to four years, I would be disappointed if they didn’t bring at least one championship back to the Nets.”

Perkins, who won an NBA title with the Celtics, said he’s “not at all” concerned about Durant’s return from a torn Achilles.

“Listen, he’s a gym rat,” Perkins said. “The concern is going to be for the rest of the league when he comes back and [is] tearing it up next year. He eats, sleeps and breathes the game of basketball. He don’t care about nothing else outside of basketball. All he wants to do is hoop, go home, watch basketball and get on his Twitter. That’s KD’s life. The league’s got to watch out because a guy like KD, it’s killing him not to hoop right now, so when he gets back next year, he’s going to be [hungry].”

Perkins was also asked to name his top five players in the league. While Durant, LeBron James and Giannis Antetokounmpo are locks, he’s not sure about Kawhi Leonard.

“I want to [put him in the top five] so bad,” Perkins said. “It’s just Kawhi is a great player. He’s a great postseason player. He gets it done in the postseason. But regular season, to me, number-wise, guys are having a better season than Kawhi. Luka [Doncic] is having a better season than Kawhi if you look at number-wise, stat-wise. James Harden, Anthony Davis – so that’s why I don’t put Kawhi in there because he’s more of a playoff guy.”