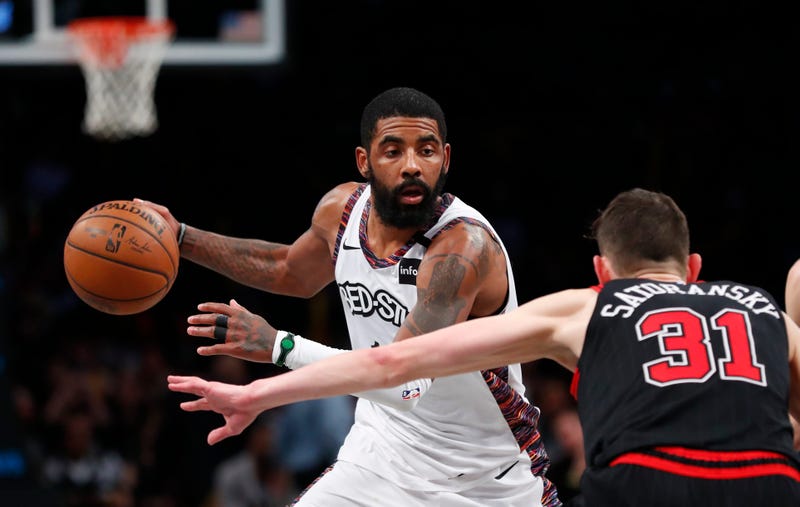 September 3, 2020 09/03/2020 12:09 pm
In 2018, the Boston Celtics advanced to Game 7 of the Eastern Conference Finals without Kyrie Irving. In 2019, they were no match for the Milwaukee Bucks with Kyrie Irving, losing their second-round playoff series in five games. And this year, well, this year they are two wins away from getting back to the conference finals – again, without Kyrie Irving.

It seems this is a pretty clear-cut example of addition by subtraction, no? “I’ll say this,” two-time NBA champion Cedric Maxwell began on The Zach Gelb Show. “In all fairness to Kyrie, Kyrie Irving was the best Celtics point guard ever. When it comes to scoring and handling and all those things, there’s nobody that’s ever had a Celtics uniform that’s been like him. But the fit didn’t come with the players he was playing with and the situation, and it just got to the point where guys stopped believing in each other. This year, they believe in each other.”

Maxwell played for the Celtics from 1977 to 1985. He was NBA Finals MVP in 1981, won another title with Boston in 1984, and is currently the team’s color radio analyst. His knowledge of the organization is unmatched – or pretty close to it.

And as much as this year’s team has united, last year’s team simply did not. Irving, who forced his out of Cleveland in 2017, was a big reason why.

“Well, he wanted out [of Cleveland], but I think you have to be careful what you ask for,” Maxwell said. “He gets to Boston, and I think for the most part he was given the keys to the organization. Everybody pretty much has been bowing down to Kyrie, and in that sense, things just got too loosey-goosey. There has to be accountability of a player if it’s coming to a team dinner or signing basketballs. I think stuff just got a little loose and a little easy when it came to Kyrie, and because of that, I think other guys took offense to it. There were a bunch of times when Jaylen Brown has kind of sniped at the way that Kyrie was treated. So there was some in-fighting, which wasn’t cool.”