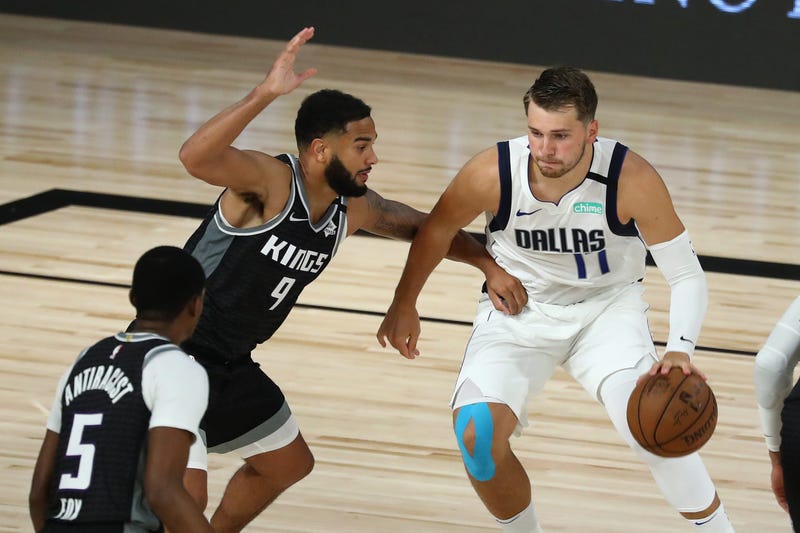 The difference in the game? Defense.

“They guarded,” Mavericks radio voice Chuck Cooperstein said on After Hours with Amy Lawrence. “They really guarded after the first quarter. Sacramento lit them up [and] hit nine three-pointers in the first quarter. The Mavericks really worked hard at that end of the floor. Rick Carlisle has said the only way that his team was really going to be able to achieve its maximum was to be a better free-throw-shooting team and be a better defensive team – and they were, especially in the fourth quarter when they were down by as many as 10.”

“Luka Doncic was absolutely fantastic,” Cooperstein said. “That was the best defense I’ve seen him play in two seasons. It wasn’t even close. He was a rebounding fool down the stretch where at one point he grabbed five consecutive defensive rebounds for Dallas. He was great, Dorian Finney-Smith was great, and they had to do a lot of this with [Kristaps] Porzingis in foul trouble. Ultimately, he fouled out with just under four minutes to go.”

The Mavericks shot 36.7 percent from the floor. It was their first win while shooting below 40 percent since November 2016.

They had lost 49 straight games when shooting below 40 percent.

“At some point you think you fall into one,” Cooperstein said. “But they didn’t – until today.”

Doncic, one of the best young players in basketball, took his game to another level Tuesday. The 20 rebounds were a career-high.

“He’s stronger than you think he is,” Cooperstein said. “He’s 230 and he’s every bit of it, and he uses his strength extraordinarily well. There are times when he’ll get some easy ones, but the ones that he got in the fourth quarter against Sacramento, just about all of them were traffic rebounds, and that was really impressive. He’s an exceptional rebounder for his size and for the position that he plays. They needed him to be that with Porzingis out of the game for a lot of the game because of fouls. He had to be able to step up, and he did that. The best part of Luka’s game today was defense. The second-best part of his game was that he took care of the ball in the second half.”

Doncic had a game-high six turnovers, but just one came after halftime.

“Sometimes I think it’s because he’s bored,” Cooperstein said. “The game comes so easily to him that I think he just tries to challenge himself and he does things that he probably shouldn’t do. But in this game, they needed him to really run the team because he wasn’t getting a whole lot of help. He had one turnover in the second half, he did not have a turnover in the fourth quarter or in overtime, and that’s how you win games, when you maximize possessions and your point guard makes sure that you’re getting a decent look every time down the floor.”