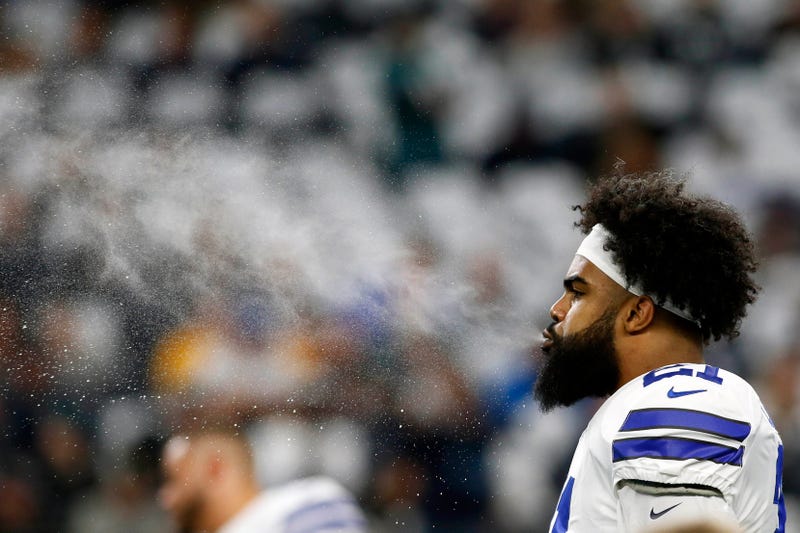 As of Tuesday, 59 NFL players have tested positive for COVID-19, which is why the NFL and NFLPA wanted to establish testing protocols prior to training camp.

But once camp begins, once games are played, anything could happen.

“This sounds terrible, but I think they should have a preseason game, I think they should have played the backups and then see how many of them test positive after they bleed on each other and sweat on each other,” Houston Chronicle NFL reporter John McClain said on After Hours with Amy Lawrence. “As it is now, we’re going to have to find that out the hard way after the first game of the season. We don’t know if they’re going to have one or two per team [or] 10 per team. The important thing, of course, it’s not how many; it’s who.”

Players will be tested daily for the first two weeks of training camp. If the positive rate is below five percent after two weeks, the league would test players every other day. If the rate is above five percent, daily testing would continue.

If a player tests positive but is asymptomatic, he can return to his team’s facility in 10 days or return after receiving two negative tests within five days of the positive test.

“They have everything down,” McClain said. “If you test positive and you’re very sick, you’re going to be quarantined. You could miss two weeks or more. In football, if you’re asymptomatic, there’s a plan for return that way. If you test positive but you’re not very ill, there’s another plan. You have to pass two tests in a row to be able to come back. It just depends on how many days you’re going to be out and quarantined.”

The 2020 season is slated to begin Sept. 10, with the Chiefs hosting the Texans in Kansas City. McClain believes the season will start on time.

“I think it’ll start on time because Roger Goodell and a lot of the influential owners and a lot of the influential politicians want the NFL to start on time for a sense of normalcy,” McClain said. “It’s after that first round of games, then what happens? How many people test positive? It’s easy for the NBA to have a bubble in Orlando because they have so few players and so few people working with the players compared to the NFL.

“But the NFL players will go home,” McClain continued. “You hope that they will do what they’re supposed to do, but as we’ve seen so many times in the offseason, even though they were told to stay away from each other, they defied the players association and the league. I’m very interested to see how many of these players who have stayed together are going to test positive. Tom Brady and all those guys for the Buccaneers who continue to work out, hopefully they will not test positive. But if they do, they’ll have nobody to blame but themselves. I think we have to wait and see.”

The preseason has been scrapped, which will make life tough on undrafted free agents.

“Undrafted free agents, it’s going to be the worst time in history for them,” McClain said. “There are a lot of great players who were undrafted free agents who now won’t make a team, may not have another chance until next year unless they’re on a practice squad. But how do you impress somebody if you’ve only sat there in meetings and asked questions? Running around in your underwear and T-Shirt only impresses people at the Combine.”