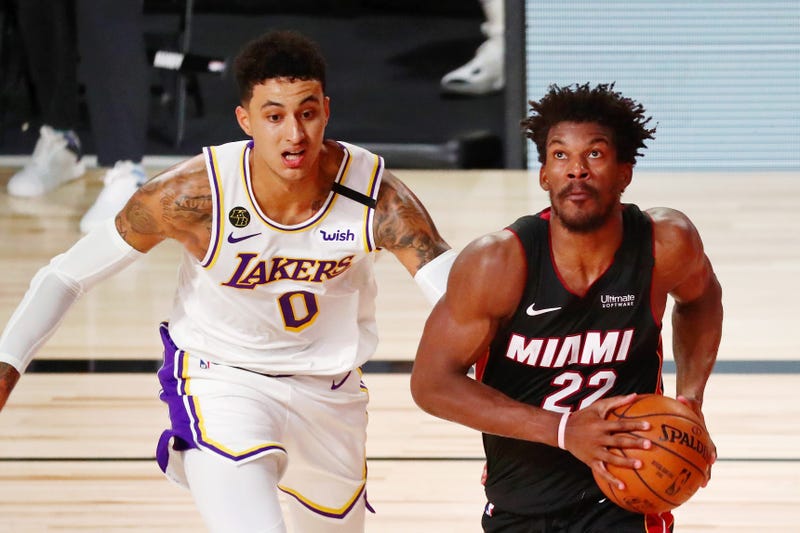 LeBron James and the Los Angeles Lakers won an NBA title this season, but many fans and analysts will never forget the Miami Heat’s improbable run to the NBA Finals.

The Heat, seeded fifth in the Eastern Conference, were the lowest seed to reach the Finals since the New York Knicks in 1999.

“The group that we had was so special,” Heat big man Meyers Leonard said on Reiter Than You. “And no excuses, let’s say that we were fully healthy. Things might have been different, but that’s okay. That’s life. But we all knew how special that group was and we knew that we had the mental fortitude to get through the bubble and really compete for a championship, which is what we did.”

“The type of guys that we had are just so damn competitive that when you fall just a hair short, you put your head on the pillow and you’re thankful for everything and you’re like, ‘Man, we almost had it,’” he said. “So there’s always going to be that thought, I think.”

Jimmy Butler, who has played for three teams since 2018, was one of the best players in the bubble. He averaged 22.2 points, 6.5 rebounds and 6.0 assists in the postseason and had a triple-double in both of Miami’s Finals victories.

“Jimmy comes to Miami, everyone thought what they thought about Jimmy for whatever reason prior – which, I wasn’t one of them,” Leonard said, “and now all of a sudden this guy’s quote-unquote a great teammate. No, no, he’s always been that. He just fits in here. He expects his teammates to be disciplined and be competitive as hell just like him and only want to win. At all costs, you want to win.”

The Heat beat the Pacers, Bucks and Celtics to reach the NBA Finals. Milwaukee had the best record in the league this season, but Miami beat them in the conference semifinals in five games.

“This year was incredible,” Leonard said. “I was so happy to be a part of it, and I guess there’s always going to be that thought that, ‘Damn, we made it to the Finals but didn’t quite get it done with that special group.’ But that’s part of life.’’