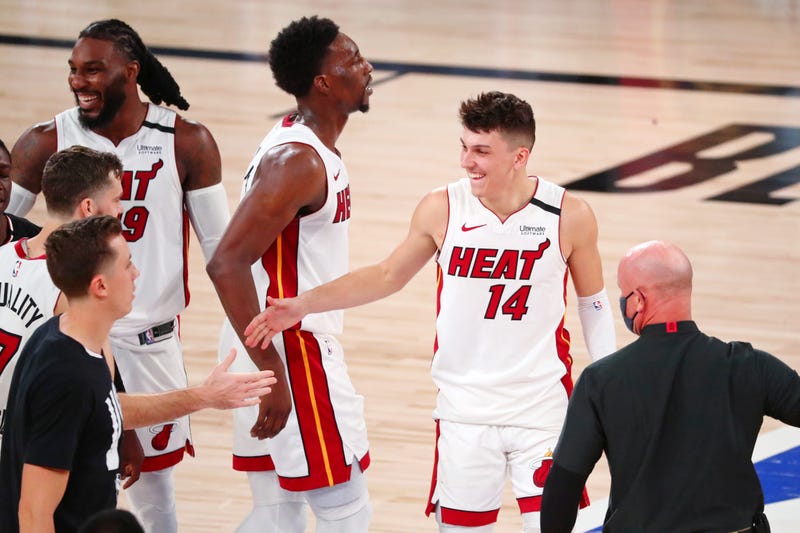 Tyler Herro scored a career high 37 points Wednesday, leading the Miami Heat to a 112-109 win over the Boston Celtics in Game 4 of the Eastern Conference Finals. He scored 17 points in the fourth quarter, and his 37 points are the most by a 20-year-old in the playoffs since Magic Johnson scored 42 in 1980.

Yeah, that’s good company to be in.

“When you talk to the Heat, they’re not surprised,” USA Today NBA writer Mark Medina said on Reiter Than You. “They felt like he was always mature from the get-go. He’s been developing really well with a lot of mentors, with Jimmy Butler and Andre Iguodala, so this is why they drafted him. But I think you have to give credit where credit is due. There’s not many rookies that know how to rise to the moment like him. It’s not even just about, ‘Hey, he makes a lot of shots, and he’s good.’ To be able to handle that pressure is astounding. I think the Heat has gotten past the point where they’re surprised by anything he does.”

Herro averaged 13.2 points in the conference semifinals against Milwaukee. He is averaging 20.5 points against Boston and has shot 9-of-22 (40.9 percent) from three-point range in his last two games.

“He is the real deal,” Medina said. “When you talk to people in the organization, they think that he is a star in the making.”